Damning Evidence: “No Feelings.” How US Advisors Teach Ukrainians to Be Killing Machines!

The damning video below shows a training session in Kiev, Ukraine, for the Ukraine army/national guard soldiers. This American, who explains that he used to work in the US, rehabilitating the worst drug addicts and axe murderers, says he ‘believes’ in people. “No feelings in war,” he repeats like a mantra.  This is brainwashing at its best, as many of us have suspected all along. It has been suspected for the longest time that Americans are using all kinds of open brainwashing and MK ultra techniques on Ukrainians, and no doubt, on other Eastern Europeans. Finally, the evidence is coming out!

“Your senses have to be fully alert, but no feelings and emotions” (yes, god forbid you feel sorry or remorseful for the children you’ve killed in Donbass). This is a nazi killing machine preparation protocol in action!

The whole thing is in English, plus the translator is providing Russian translation. In the background, you can see the poster reading: “Believing in yourself, believing in Ukraine.” A  very American poster, I must say, as no one talks like that in Ukraine!

The poster is also in Russian, not Ukrainian, which proves another thing a lot of Russian analysts have been pointing out: US is bent on creating ANTI-RUSSIA in Ukraine, using Russians and Russian-speakers living in Ukraine. The Gallup Poll of 2007 indirectly confirmed that over 80% of Ukrainians consider Russian their native language, not Ukrainian, despite many years of brainwashing. If they couldn’t do it through schools and media, they decided to create the anti-Russia, using Russians.

You will recall that during 2014 euro-maidan, one of the biggest slogans was ‘Moscali na nozhi (in Ukr),’ which means: “Russians on knifes.” One of the biggest demands of ukro-nazis was prohibition of the Russian language in Ukraine.

But after a world-wide storm of indignation and discrimination accusations, US/EU advisors made Kiev junta backtrack on such demands, explaining that this would look really, really bad for the international community and that it would be hard to explain to populations of their own countries why US/EU are supporting outright bandits.

Suddenly, it became ok to speak Russian everywhere, and some in Kiev would even parade their Russian, not the least because they didn’t speak Ukrainian adequately. This was meant to take the discrimination issue off the table, so they could concentrate freely on killing women and children in Donbass, labeling them ‘Russian aggressors and separatists.’ But Russian TV, papers, radio and movies are still banned from Ukraine, and TV channel execs get beaten to death or go to jail for airing Putin’s speech. All official documents and school books must be in Ukrainian.

However, as we see from this video, people still prefer to read and speak in Russian, hence the translation and poster.

I’ve done quite a bit of translation in my life and I can see what’s happening here. As you listen and watch this video, I want to draw your attention to the translator, whose body language is very telling. She starts translating normally. Then, when the American mentions an example of a military man chewing off his arm, she kind of twitches, looks at him, then overcomes her disgust and snaps out of it. Then, as the story becomes uglier, she uses his advice and becomes a machine. She closes off her emotions and starts translating snappier than before – like a machine. At one point she starts walking along the stage away from him, as if trying to run away.

He says these disgusting things on purpose. They all have to step over themselves, or rather step on their consciousness and squash it. Remember Jason Bourne and how he was trained?

When I showed this video to a friend, he made a remark I found very poignant: “When he was rehabilitating killers and addicts in the US, was he also recruiting them for the US army?”

Very possibly. They take people, whose self-esteem is super-low, who are screwed up by drugs and life, who have extremely low calibration…

And this, ladies and gentlemen, is how they train killing machines!

Added: To answer the question asked by readers: who is this guy? These are called ‘motivational speakers,’ and anyone who worked on Wall Street, in sales or at least at mid-management level in the US corporate world, has met them. They were hired by corporations to ‘motivate’ their employees. This one also did drug addicts and criminals, as she says. But now the money is in government/military/CIA contractor jobs. Therefore, this man is a US contractor, hired to ‘motivate’ Ukrainians…to kill.

It has been repeatedly reported that Kiev euro-maidan, national guard and nazi battalions live on drugs and hard booze. In Donbass, after ukro-army leaves, people always find syringes. It’s well-known that maidan participants were regularly brought what they called ‘tea’ – drugs brewed in a hot drink, to keep them high, in the destructive mode, and so they wouldn’t start thinking. Most of these are young people, who have lived their confused life in the in-between world, after the USSR collapsed.

These young people have confused identity and they can’t tell good from evil, right from wrong. They violently express their rage from growing up in a failed state that lies to them every day through media and school books. They grew up speaking Russian, and yet they were told to hate Russia. Their oligarchs rob them blind; their country is ruled by US embassy in Kiev and ministers are hired from US, Georgia and Baltics; they are told to shoot at people they used to be friends with – by foreigners.

It is a tragedy of the lost generation, and it is something the world should unite in order to rehabilitate. Instead, the dark forces in the US/Canada and EU prey on these unfortunate and confused souls, turning them into killing machines, with one goal only – to weaken and destroy Russia!

It is advisable to watch my 2 videos on Calibrations of Human Consciousness, first of which will talk about the life-threatening levels, such as the above-described, and the second, about how to rise above that. Watch both here!

What makes people behave in a certain way? How is it that some born into the same circumstances become protectors, and other perpetrators? In my short novelette, GREEN DESERT (Accidental Spy Prequel), I talk about Iraq circa 2007 and fates of several different people, who become strangely connected through the butterfly effect chain of events. How did American Sergeant William O’Shea, manage to rise above his conditioning, and others like him, didn’t? The difference in all cases is that illusive consciousness, of which I speak in my above videos.

Related: Crazy Asylum Called Ukraine: “West Won’t Give Us Weapons If We Have Peace”

Much more about what’s really happening in Ukraine in 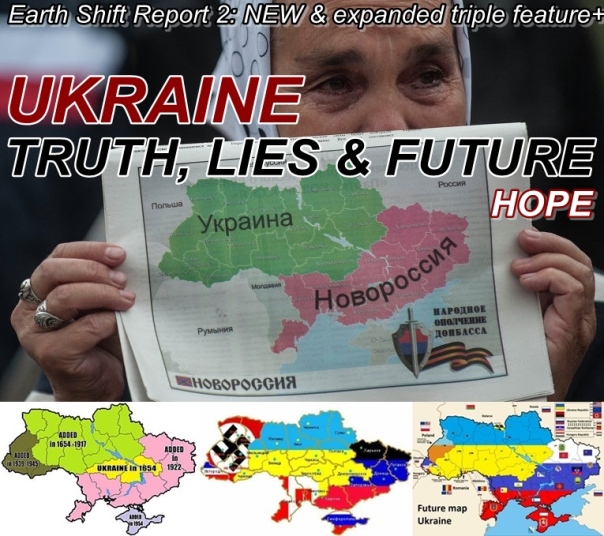 Posted on March 29, 2015, in Empire Collapse, Ukraine and tagged analysis of events in Ukraine, brainwashing in Ukraine, calibrations of human consciousness, geopolitical analysis by Lada Ray, How US creates killing machines out of ukrainians, Jason Bourne, Kiev, MK ultra in Ukraine, Russia, Ukraine, US, US interference in Ukraine. Bookmark the permalink. 28 Comments.