← #Victory70 Special: The Invisible War of WWII on Film
Destiny of Russia and Spectacular Show on Red Square →

MOLDOVA and ODESSA: Hundreds of Thousands Come Out for May 9 #Victory70 Celebrations Despite Attempts to Ban Holiday

In the run up to the Victory Day, Moldavian government in Chisinau made an attempt to ban Georgievskaya Lentochka (St. George Band), which is widely considered a symbol of the Great Victory and generally, a Russian symbol of valor. The mayor of the Moldavian capital also decreed to ban any parades, marches or rallies on May 9th.

But wait till you see what happened instead! 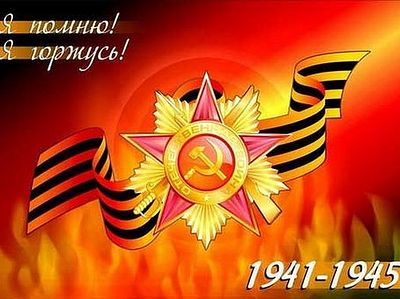 It was first introduced in 1764 by Russian empress Katerina Velikaya (Catherine the Great). Georgievskiy Orden (the Order of St. George) was the highest order awarded for soldiers’ valor during the Russian Empire days and it was distinguished by its striking golden (variation: orange) and black stripes, known as Georgievskaya Lenta (band). In 1945 USSR awarded the new medal, “For the Victory over Fascism” to all Soviet soldiers who fought in the war. The medal included the Georgievskaya Band. As a result, the band became associated with Victory Day.

The colors represent the tiger stripes, hence the valor symbolism. The ancient Russian mystical knights, Vytyaz’s, wore tiger pelts to imbue themselves with the valor and bold energy of the tiger. Read more about this symbol in FREE Earth Shift Report 2: UKRAINE: TRUE HISTORY. More about Vytyaz’s and Bogatyrs in Forbidden History: Are Scandinavians Slavs?

What is Victory Banner? This is the red banner placed on top of Reichstag on May 2, 1945. This banner is now another symbol of Victory Day. Replicas of this banner are carried in many rallies and parades; you will see them in the videos below.

The same way as in Ukraine, the pro-West Moldavian authorities also attempted to morph the holiday into a “Europe day.” None of it worked.

It’s worth mentioning that last year Moldovan government attempted to remove and destroy the monument to the Soviet Soldier Liberator in the center of the capital city Chisinau, saying that instead of it they would erect a monument to Romanian language! Let’s recall this is happening in the ‘sovereign’ country of Moldova, not in Romania. Thousands came out to defend the monument, which was then left alone. Video.

The winner of the last year Moldovan elections was the pro-Customs Union Socialist party. Despite that, socialists were unable to form a government as the coalition of 3 pro-Western parties had the majority. Read Analysis and Predictions: Battleground Moldova – November 30, 2014 Elections.

Just like Ukraine, politically Moldova is ruled by oligarchs. There are two local oligarchs controlling the government, parliament, police and judiciary. The government of Moldova signed the EU association agreement and is close to fully ratifying it. However the resistance to the EU is high, which has come out quite clearly during #Victory70 celebrations on May 9, 2015. In the above article about elections in Moldova I said that the country is now in a state of fragile equilibrium, during which they won’t be able to move either towards the EU or Russia for a couple of years. Everything will change and the new balance will be established in 2-4 years.

In defiance of the attempts to ban Georgievskaya Lentochka, in Kishinev (Chisinau) people spread out the world’s largest Georgievskaya Band and a huge banner with words ‘Za Rodinu’ – ‘For Motherland.’ Same kind of huge banners and bands were carried out in Beltsi, the capital of northern Moldova (Balti) and other cities. This was done by the movement ‘Motherland-Eurasian Union.’ A sight to behold! Video:

Another video of the mega-Georgievskaya Band and banner. Plus, the video includes live Victory Day hello from cosmonauts at the ISS especially for Moldavians – at 2:15 (Марш Победы в Кишиневе и видеосвязь с МКС – За Родину!):

May 9, 2015, Kishinev (Chisinau), Moldova. A sea of people and lots of replicas of the red Victory Banners and Georgievsky banners. Over 100,000 people marched through Chisinau. This is especially impressive considering the entire population of Kishinev is 664,000, and that’s before we subtract a large percentage of people working abroad.

According to the rally organizers, hundreds of thousands came to the Great War Memorial in Chisinau, Moldova, on May 9, 2015. People kept arriving all day long. I am being told that when that sea of people you saw on previous video suddenly approached the memorial, they were first not let in by police. Turned out that the country ‘leadership’ was there, laying wreaths (official story), or… I don’t know, stealing valuables, perhaps. I would love to see the looks on their faces when they saw that 100,000+ strong mob with red banners and banned Georgievskaya Bands. The ‘leadership’ quickly finished their business and left the site, after which people could enter. Video of the Memorial rally:

Georgievskaya Bands, Victory Banner and any other Victory/Soviet/communist symbolism were banned throughout the country.

However, in Odessa people still came out with all that. Thousands came to the monument of the Unknown Sailor. According to the official police data, 42,000 people went through police controls throughout the day.

Odessa was the only city in Ukraine which had Victory Day fireworks. Actually two fireworks! People privately prepared their own fireworks, but the city administration made a last moment decision to have fireworks as well.

The monument and the surrounding memorial cemetery on the Alley of the Glory was drowning in flowers. People chanted: “Russians are our brothers,” “Odessa – Hero City,” “Victory will be ours,” and “Ukro-bandera devils, out of Odessa.” The rally turned into the anti-Kiev-junta manifestation. Odessa became the only city in Ukraine where thousands came out on May 9th. Everywhere else people were scared. Odessans are so furious at the May 2nd that any little spark could ignite an uprising; therefore, ukro-nazis didn’t dare interfere.

Kharkov and other Ukraine cities didn’t fare nearly as well as Odessa: the May 9th celebrations, symbolism, any marches or gatherings were forbidden and those vets who dared to come out were in danger of being attacked or humiliated by ukro-nazis.

Odessa, May 9, 2015, Monument to the Unknown Sailor, Alley of the Glory, the Shevchenko Park:

It’s good to see that there is a mass awakening in Moldova. The fact that Moldavian citizens are able to successfully defend their view of how holidays should be celebrated means that my prediction that the pro-EU and pro-Romanian forces in Moldova are gradually weakening and pro-Eurasian Union forces are getting stronger – is coming true.

← #Victory70 Special: The Invisible War of WWII on Film
Destiny of Russia and Spectacular Show on Red Square →
%d bloggers like this: