‘Den of Thieves: Not Federal – No Reserves’ Silver Bar for Sale!

Cheers to all my readers! Just thought you all might enjoy this. 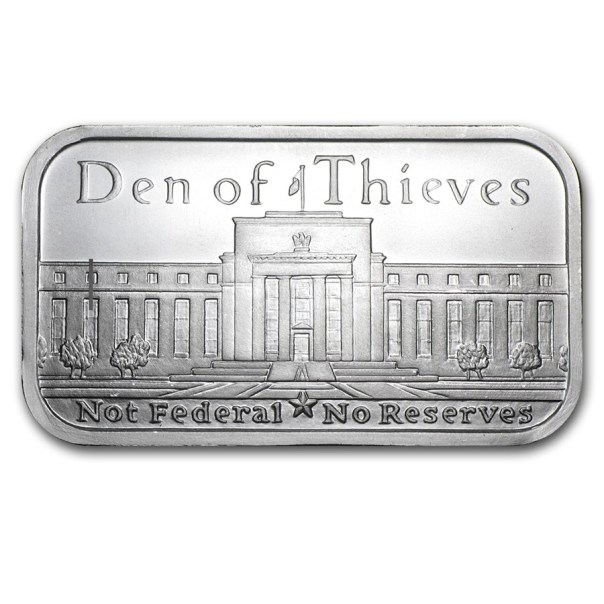 Disclaimer: This is not a recommendation – just FYI. Please make your own responsible investment decisions!