Lada Ray Reveals Putin’s Secret! Why Putin Did Nothing After US Expelled 35 Russian Diplomats?

Most foreign MSM and analysts called the fact that Putin didn’t respond to Obama expelling 35 Russian diplomats a “triumph of Vladimir Putin’s policy.” Many call it generous and magnanimous. Some in the West believe that Putin, thus, created a trap for the US. Most agree that the move – rather the lack of an obvious tit-for-tat move as was expected – was unpredictable.

Read my previous article about the incident: I Hate Being Right! Obama/US expel 35 Russian diplomats. Lada Ray analysis and calibrations

Why did Putin do nothing? Lada Ray reveals Putin’s Secret

Vladimir Putin is famous for his master chess moves no one expects. This was one of them. However, perhaps not as unpredictable as the Western MS will make you believe.

Russia’s goal, as the Great Balancer, is to calm down conflict, relieve tensions and move on to some sort of peaceful resolution. This is the role Russia played for centuries, possibly millennia. This is the truth. But of course, this truth was twisted and Russia in most instances was presented as aggressor, instead of protector and defender she really was. The attempts to re-write history are happening in front of our very eyes, as we live it.

But we live in the times of the Galactic Dawn, when the first rays of truth illuminate the deep shadows of the passing Galactic Night. During this time, suddenly, what was hidden gets revealed. This is why there is so much international support for Russia and Putin and this is why suddenly people start seeing Obama, Western MSM, and various hidden forces, for what they really are.

It so happens that in our times of the grass-roots journalism and internet it’s hard to hide the obvious. The truth comes out, no matter how various forces try to bury or distort it.

Russians weren’t fooled as to who ordered the downing of the Russian Su-24 and who was behind the death of the Russian ambassador. Read: Russian Ambassador to Turkey Andrey Karlov Assassinated in Ankara! Cui Bono?

It was clear that of all parties, Turkey and Erdogan were the ones who didn’t benefit at all. But the major beneficiaries were those who wanted to prevent Russia and Turkey from working together; those who also wanted to prevent Russia, Turkey and Iran from forming an alliance. These were the US/CIA, as well as Saudis and Qatar. Israel may have had an interest as well, but my intel says clearly that it was specifically the US-Qatar-Saudis axis.

In the case of the 35 Russian diplomats’ expulsion from the US the party that clearly does not benefit is the incoming US President Trump. Therefore, as I predicted in ESR16 and follow ups, this is part of the plan by the collective forces of the Obama-handlers, democrats, CIA/US Empire/NWO-remnants to build as many Berlin Walls and traps for the future American administration as possible before Trump takes office. It is the plan to sabotage any possibility of warming up for the Russia-US relations.

I also want you to note that my prediction of Trump being tied up and having to make deals, thus compromising his initial plans, is spectacularly coming true!

And now we are getting back to Putin and Russia. Here is the golden rule of the master chess geopolitics, as well as the art of war at its best. If your enemy (or rival) very much wants you to do something, it means that a trap is being set up for you. Therefore, the wise know NOT to do what they are pushed to do by those who have ulterior motives.

If in 2014 US/West desperately wanted Russia to send troops to Ukraine to quell the ukro-nazi coup, so Russia could be vilified and presented as aggressor… Russia should have, and has done, the opposite. Therefore, Russia never sent troops to Ukraine,  as I predicted.

If the goal of the downing of the Su-24 and killings of the Russian pilot and ambassador was to sabotage the pivotal for the Great Earth Shift Russia-Turkey relations, building of the Turkish Stream and ending the war in Syria… then Russia had to derail that plan by acting contrary to it. In other words, instead of war and animosity, as US intended, Russia made up with Turkey and warned Erdogan of the coup. Putin played his master move, and the added bonus was the fact that now Erdogan is in Russia’s debt and that he is ready to expel US/NATO troops from Turkish bases.

In the case of US expelling Russian diplomats, Russia could have done the common diplomatic tit-for-tat and expelled 35 US diplomats. FM Lavrov proposed that to Putin. But that would have created a very explosive diplomatic situation just in time for Trump to take office, which could have escalated into a bigger conflict. This certainly would derail Trump-Putin meeting, which is supposed to happen in March. Instead of moving forward, Russia and US could be stuck in various tit-for-tat. This is what the Trump enemies, who therefore are the enemies of the American people as well, wanted to accomplish.

Putin did the best thing a truly wise, strong and forward-looking leader could do. His response was indeed generously magnanimous. Putin has said that he regrets Obama chose to end his presidency and relations with Russia on such bad note. Putin has also said that any future negotiations Russia will conduct exclusively with Trump’s administration. And then, he refused a tit-for-tat expulsion of the American diplomats and closure of the corresponding American compounds in Russia (US closed down two Russian diplomatic compounds in New York and Maryland).

This was a truly generous gift to the new US President Donald Trump. It was a show of support and faith; it was a signal of the expectation that Trump would do better.

At the same time, it is also Russia’s signal to the US that she won’t stoop to the level to which US has stooped, giving US the opportunity to reform.

Reload blooper: How Obama and Clinton OVERLOADED relations with Russia

When Obama first took office, Hillary as Secretary of State went to Russia with the flashy slogan of the ‘relations reload.’ Clinton brought the symbolic red button, which was supposed to symbolize the ‘reload’ of Russia- US relations. However, the word was infamously mistranslated into Russian. Instead of perezagruzka, which means ‘reload,’ it read ‘peregruzka,’ which means ‘overload.’

When Lavrov and Clinton symbolically, for the cameras, pressed the button, Lavrov as a gracious host made light of it, jokingly commenting on the mistake. But it was a cosmically predetermined Freudian slip. Shortly after, the relations began spiraling out of control.

I hope Trump hires better translators and generally refrains from pressing silly red buttons. I also hope he concentrates not on flashy lies about ‘reload’ and ‘we are change,’ but on real change and real work!

P.S. Worked hard on putting my New Year’s Party together, writing up my NY stories and Russian movie descriptions. Please visit at your convenience! 🙂 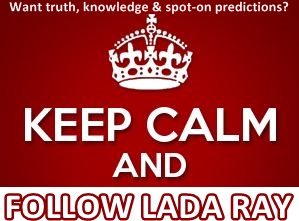