← The Wild ’90s: How Russia Was Without Putin (by Nemo)
#Trump and US #Syria Attack: Hate to Say I Told You So! #UnitedStatesOfAggression → 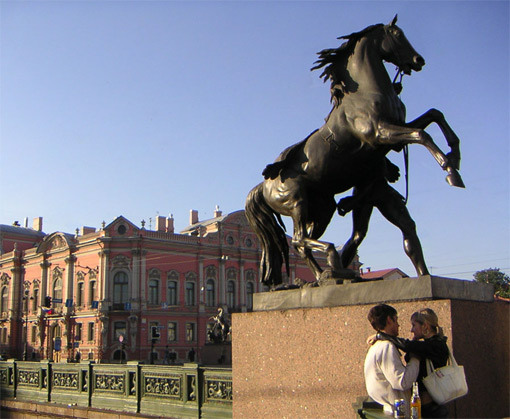 Grace and Humanity under fire

The bombed train Driver 1st Class Alexandr Kaverin (Машинист петербургского метро Александр Каверин) received much praise and became an instant celebrity after he reacted correctly and quickly in the face of danger. He managed to take the train out of the tunnel filled with smoke and drive it to the next station. Per reports, his actions saved many lives.

Also received commendations and state awards: Metro inspector who discovered the second bomb at another station Ploszhad Vostania  «Площадь Восстания». The second bomb was found in the fire extinguisher at that station. Due to the inspector’s quick actions it never went off. Another award was given to the station manager on duty, who prevented panic and organized the orderly evacuation of passengers.

“I heard a loud pop and train stopped in the tunnel. Smoke was filling the tunnel. There was no panic, but passengers initially gave conflicting accounts of what happened.

However, we managed to determine the real cause of emergency within one minute. We lucked out: the train stopped near tunnel exchange. After my emergency signal 3 other Metro employees quickly arrived at the scene and we were able to determine what happened.

After that, I tested the train and determined that movement was not impeded. Made decision to drive to the station. I’m not a hero, just acted according to instructions. We had terror acts before this. Some very smart people wrote our emergency instructions.

When we arrived at the station all doors opened right away, except the doors in the bombed car, which were jammed. I want to thank my train passengers: those who got out didn’t leave but began helping to pry the doors open, they basically had to tear and break these doors to help the victims inside.”

After the explosion the emergency protocol was triggered and all Metro stations were shut down as the search for any potential explosives was underway. Metro closure was tough for the city of 5 million.

After the word of the bombing got out, private drivers and cabbies from all over the city flocked to the site. Not to make money of the tragedy, no. They offered free rides to those in need. City gas stations chipped in by offering free gas to drivers who took stranded passengers home for free.

ADDED: ‘Petersburg, we are with you!’: Memorial event to honor victims of metro bombing (360 video)

The world pays tribute to the victims of St. Petersburg bombing

And in the midst of all this, GERMANY, AND SPECIFICALLY BERLIN, SHOWED ITS TRUE COLORS! I should qualify that it is the government of Germany and of Berlin, and Merkel personally who showed their true colors.

If you recall since day one I said Merkel was damaged goods and predicted sh was not to be trusted. Back in 2014 I received got backlash for it, with Europeans arguing with me. I’ll tell you more about Merkel’s future soon – stay tuned!

Hypocrisy: traditionally, in solidarity with terror attacks victims, the Brandenburg Gate would be lighted with colors of a country where a terrorist act had occurred. It had been previously lighted with the French flag after Paris attacks, Belgian, Israeli, Turkish, American flag (Orlando attack), etc.

When St. Petersburg attack took place – no reaction, NOTHING, Zero! Despite citizens’ demands, Berlin mayor refused to light the gate with the Russian flag colors, thus showing German govt’s and Merkel’s true colors (as if it was a secret before).

To the credit of Berliners, they’ve displayed a small replica of the Brandenburg Gate and painted it the colors of the Russian flag.

I calibrated St. Petersburg as one of the cities I selected for my Earth Shift Report 17 Quality of Life Geo Calibrations study, and it turned out to be one of the highest calibrated and desirable major cities on the planet! This is despite harsh winters.

Much of the high calibration of St. Pete undoubtedly comes from its amazing culture and unparalleled beauty. But as we have seen, it also comes from the high quality of its citizens and their grace in the worst circumstances imaginable.

St. Pete is still a Hero City, even if it’s not called Leningrad any more.

During WWII, the Hero City Leningrad experienced the most brutal in human history siege, perpetrated against it by German Nazis, resulting in mass starvation and genocide, and costing 650,000 civilian lives. But it never surrendered and it was never taken by the enemy.

To find out more

Go to  ALL EARTH SHIFT REPORTS

← The Wild ’90s: How Russia Was Without Putin (by Nemo)
#Trump and US #Syria Attack: Hate to Say I Told You So! #UnitedStatesOfAggression →
Loading Comments...