Putin on US: Hard to work with people who confuse Austria and Australia + Lada Ray on Russia/China

Russian President Vladimir Putin weighs in on illegal seizures by the US of 5 Russian diplomatic properties. Below is what he has said during the current BRICS Summit in China. 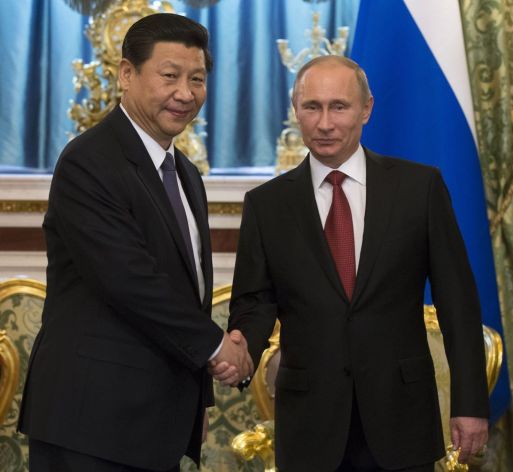 As a keynote to this post, I want to emphasize that continuous aggressive actions by the US against Russia, China, N. Korea and others only push Russia and China closer together. Resolve is only solidified on the Russian and Chinese side, and other countries are ready to join in, to form and expand alliances against US on all levels.

That coming together of Russia and China was exactly what Trump’s secret (and much smarter than him) campaign advisors urged him to prevent. But Trump has fallen off his horse, and as I predicted, has to toe the Dark State line, while wearing his deep state straitjacket, to avoid impeachment and survive his term.

On another hand, as a result of USA’s stupidity, N. Korea’s resolve to hang on to its nuclear program is also growing. If US / Trump continue stoking the fire of the N. Korean nuclear crisis, the problem may escalate into a global catastrophe, touching many countries.

The US establishment’s idiotic actions only expedite the day of reckoning for the US and Western system in general. Remember we discussed in Earth Shift Webinar 4 that whatever US does at this point in time will only backfire, due to its waning power and due to this being ‘The Time of Russia.’

All this, along with timelines and predictions, is being discussed in the EARTH SHIFT WEBINARS:

What Putin says below is exactly how Russians at large feel ~ take notice! Three main points to note in this replica by the Russian President, known for his sharp wit:

1. It’s hard to work with people who mistake Austria for Australia;

2. American people must be a truly great nation and truly great people if they can tolerate so many low-lives in power;

3. US blocked Russia from using Russian properties, which is a blatant violation of property rights. Russia will appeal this in US court ~ we’ll see just how just and effective the ‘much-lauded’ American justice system really is.

Couldn’t get any more caustic and any more clear than that. Watch:

Speaking of ‘how just and effective the ‘much-lauded’ American legal system really is,’ I calibrated the US justice system in my QUANTUM CALIBRATIONS videos, and even 2 years ago it calibrated below the minimum positive level of 200: around 180 (pride). And it calibrates even lower today! The decline is very visible:

Today QC (quantum calibration) of the US justice system is only 120 (FEAR)! 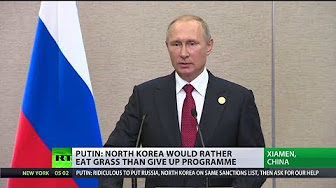