← Wishing you a Wonderful, Happy and Healthy New Year! May all your sacred wishes come true!
Three Seconds to Win ~ When Sport Was Honest (USSR-USA Gold Basketball, 1972 Olympics) →

I hope you all have had a great New Year’s! It’s time to get back to reality and work. You know, in Russia the New Year statewide holiday lasts from January 1 through January 8, covering both New Year and Rozhdestvo (Russian Christmas). It used to be longer, but there were complaints from citizens regarding too much holiday! 😉

Here at FuturisTrendcast, we begin complaining even sooner and so, by January 4 we are ready to roll! This New Year 2018 I decided to begin with the #Jumpstart2018 series. It was nice to take a few days off to celebrate, but I think you all want me to re-engage as the world keeps spinning, stuff keeps happening and Earth Shift keeps developing.

This is the first post of the week-long #Jumpstart2018 series and you’ll just have to bear with me to see what surprises I decide to include in it.

You all know that one of the topics I always try to talk about whenever I can is #ForbiddenHistory, falsified timelines and the Russian Truth Code.

I get a lot of emails and questions much like this one from Norway, from yesterday ~

“Since I read Anastasia by Vladimir Megre, many years ago, I have felt the Russian connection and that the history is so manipulated, and still is. I would love to hear more of the lost 1000 yrs and the Scandinavian connection to the Motherland. It has bothered me a lot and I have not found the answers as yet.”

Interesting choice of words in this comment, don’t you think? ‘Scandinavian connection to the Motherland’ that is Russia. I think the author of this comment truly and profoundly feels the forbidden truths of our origins! Incidentally, such understanding only comes to those souls who are higher-dimensional and highly calibrated, which a lot of my readers and followers are.

I also talk about that in these 3 recent interviews 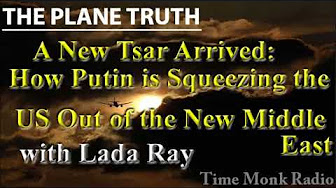 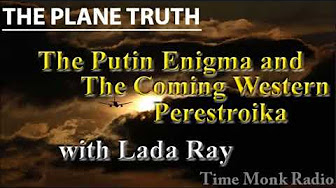 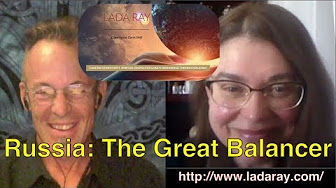 But these are just the beginning. I am happy to tell you that I am preparing a new major series of Earth Shift Webinars, which will address the issues of forbidden, falsified and manipulated history, the truth about the lost 1000 years (or more?) and the New Chronology, the multidimensional mysteries of Hyperborea, Atlantis, Antarctica and EurAsia, as well as the forbidden linguistics that reveals much through delicate clues hidden in plain sight. As always, I won’t rehash anyone else’s material, although homage will always be paid to interesting sources I recommend. The story you will hear will be my own, told as always from my multidimensional perspective.

Please stay tuned, official announcements coming in the second half of January!

PUTIN’S BEEN BUSY ~ AND QUANTUM CALIBRATIONS

Posting link to Putin’s New Year Address to the Nation. I would be interested in Lada’s calibration of this speech. I found it full of love, unity & power. I stumbled across this link to English translation on official President of Russia site. If you’re interested you can scroll down and read about Putin’s phone conversations with Netanyahu on the first, India’s prime minister Modi on the 3rd or click around and check out his schedule. Or you can click on “documents” at the top & read gems like this one dated 12/29/17: Federal law on ratifying Agreement between Russia & Syria in extending Russian Navy’s inventory and logistics support centre area in port of Tartus. http://en.kremlin.ru/events/president/news/56591 ..

Well said, Nancy — and a great question! I get a lot of questions about calibrations of various things, people and events. I know I am behind on some calibrations people have asked me to perform. Promise to do better in 2018 and post them more regularly. I might start a new Quantum Calibrations Series, actually. In what form and where — we’ll know soon.

Today, per Nancy’s New Year’s wish, I’ll calibrate Putin’s speech for you all.

No surprise there, actually. Putin’s been busy presiding over Russia — the Great Balancer Earth-Shifting the world into the new reality, while doing it with care, humanity and compassion towards his citizens and compatriots, as well as making sure the humanity doesn’t plunge into a new global war. Such compassion and humanity have not always been displayed towards Russians in the past, and Russians often had to carry the load of the world on their shoulders in the past, sacrificing their well-being and needs to keep the world spinning. This is the first such successful and very careful experiment in recent history.

It is an extremely difficult endeavor indeed, as detractors, skeptics and enemies abound, but so do friends and supporters.

All about Putin, his secrets and role, and lots about Russia’s forbidden history, including fascinating mystical, multidimensional & geopolitical truths & revelations can be found in that famous

← Wishing you a Wonderful, Happy and Healthy New Year! May all your sacred wishes come true!
Three Seconds to Win ~ When Sport Was Honest (USSR-USA Gold Basketball, 1972 Olympics) →
Loading Comments...