Four+ Years of Maidan: Ukraine’s Disaster in Pictures and Words

Out of many pictures I could have picked to illustrate the true state of affairs in Ukraine between 2014 and 2018, I decided to select these. 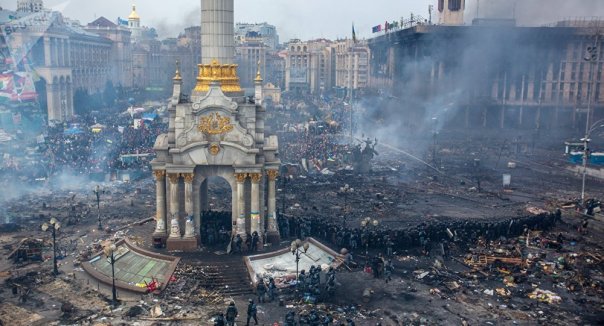 This was the center of Kiev, the Independence Square, during 2013-14 ‘peaceful protests’ 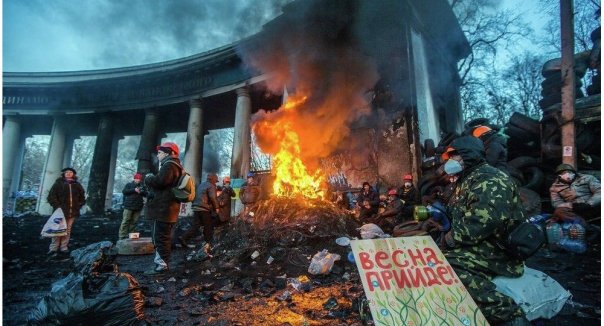 Ukraine Maidan: ‘let’s burn everything down, maybe our lives will improve’ 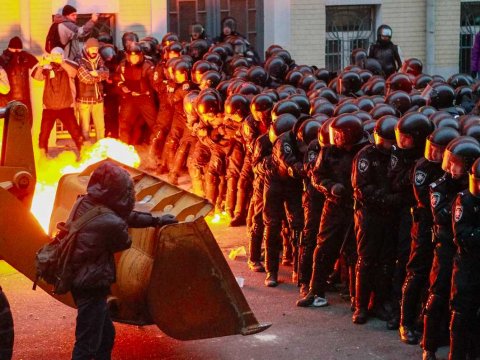 Kiev Miadan: ‘peaceful’ ukro-nazi protesters get ready to crush with excavator the huddled together, unarmed police. The ‘peaceful pro-West protesters’ will also burn, beat, torture and shoot those policemen, who’ll happen to be unlucky enough to get in their way. The Ukraine police would become one of the first victims of the violent ukro-nazi Maidan. 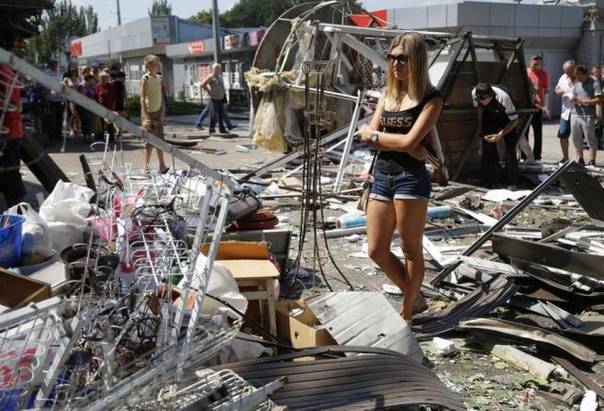 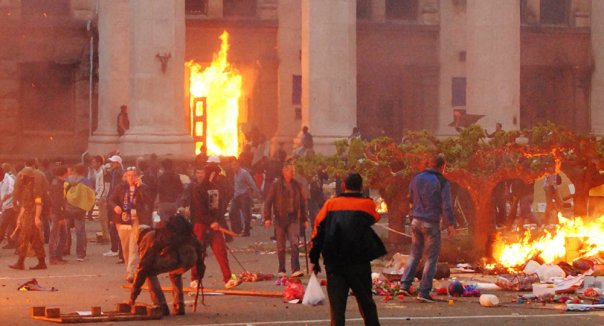 Odessa May 2 massacre (over 48, by some accounts over 100, people burned alive) 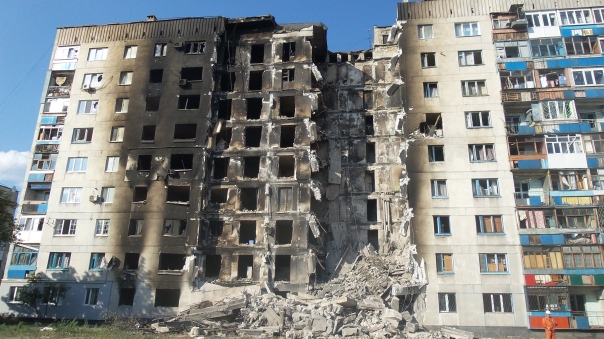 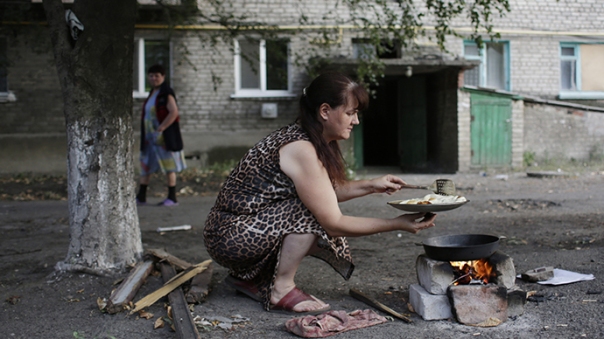 Lugansk humanitarian disaster: no gas, no light, no water — infrastructure destroyed by Kiev

They told us it will be a disaster if Putin comes. Disaster came, but where is Putin?

These graphs and pics show the truth:

Ukraine corruption index: corruption on the rise every year since Maidan 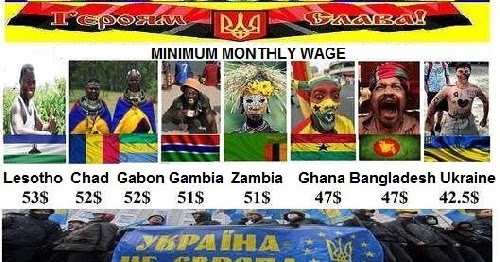 After 4+ years of the regime installed by Maidan, the minimum monthly wage in Ukraine in dollar terms is presently lower than in poorest African and Asian countries.

As the Bandera ukro-nazi greeting goes, now depicted all over Ukraine and repeated by Poroshenko and other officials: ‘Glory to Ukraine, glory to heroes!’

Corruption through the roof, currency collapse, no jobs, country on fire and torn apart by various forces, but if you join the ukro-nazi Svoboda, ‘right sector’ or similar organizations, you’ll be well taken care of. 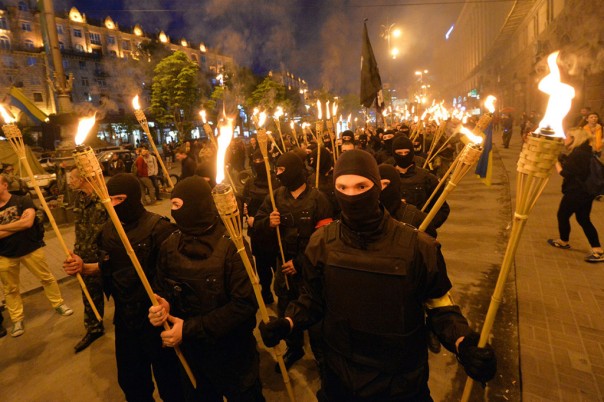 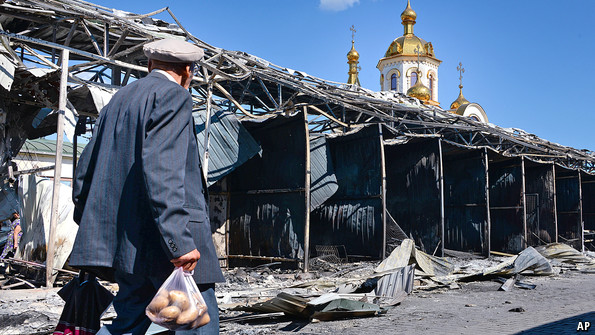 Bridge collapses in the center of Kiev 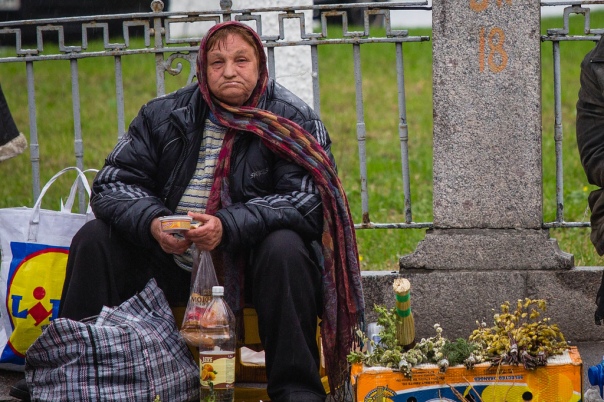 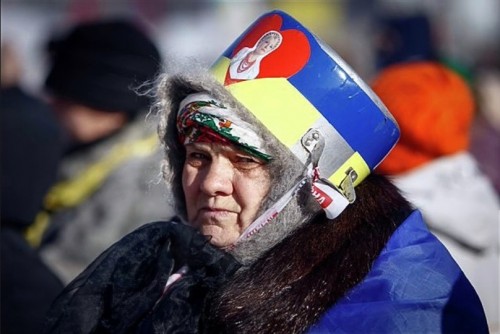 ‘Maidanutaya’, or a ‘pot-head’ – roughly translated as a ‘brainless Maidan supporter,’ with a typical Maidan kitchen pot on her head. It doesn’t matter if you are poor or homeless; in Ukraine all that matters is that you are a proud Ukrainian patriot brainwashed against Russia. If so, you’ve arrived! The only question is where?..

So, the disaster is upon Ukraine, yet Putin is nowhere in sight. But guess who is found all over Kiev and Ukraine… 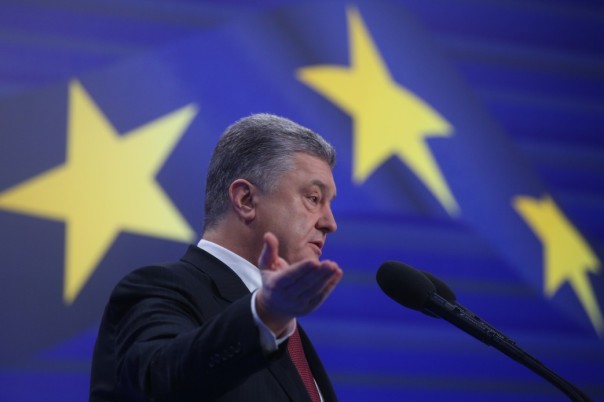 Aspiring to be ‘European’: Ukraine’s Poroshenko and much admired by him EU flag 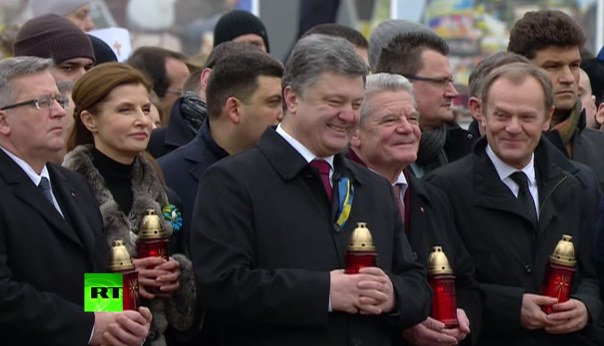 Poroshenko and Donald Tusk, Poland, current nominal head of EU, laughing during the prayer for Ukraine 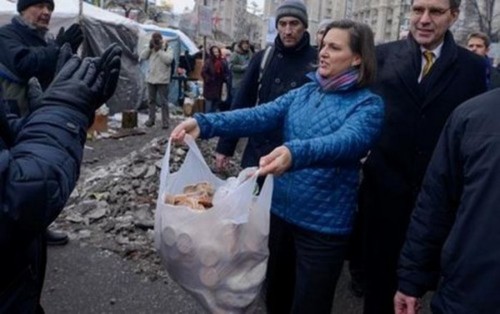 Here’s the infamous Victoria Nuland, USA’s Asst. State Secretary, architect of the Kiev Maidan and resulting coup, giving away cookies on Maidan 2014, together with US ambassador Pyatt 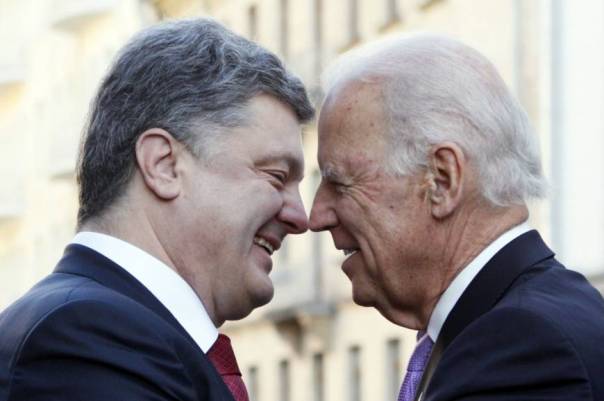 Poroshenko and US Vice President Joe Biden, who was in charge of Ukraine during his White House tenure, and who often infamously presided over Ukraine government’s sessions.