An American went to Ukraine and wrote on Twitter that he was appalled by the Holocaust history re-writes, abundance of Nazis and passivity of Ukrainians. Western Ukrainian heirs of WWII snitches immediately complained to Twitter, demanding to ban him for ‘hate speech.’

I just got back from Ukraine and I have to say what I saw was frightening: widespread gov-funded Holocaust revisionism and denial, total impunity for neo-nazi violence against civil society, and an almost complete retreat from political life by Ukrainians. 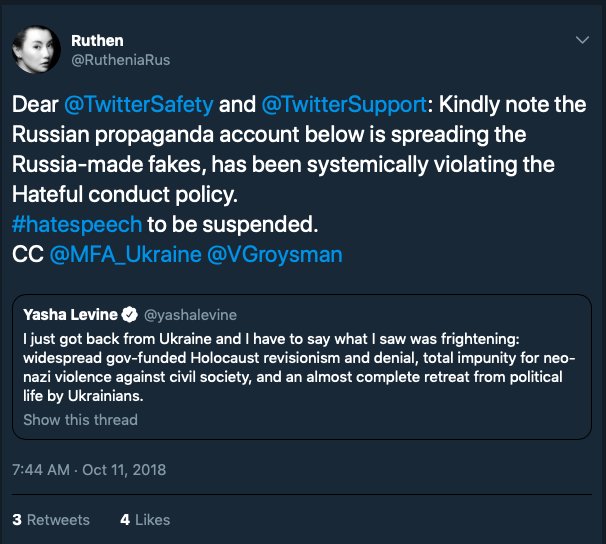 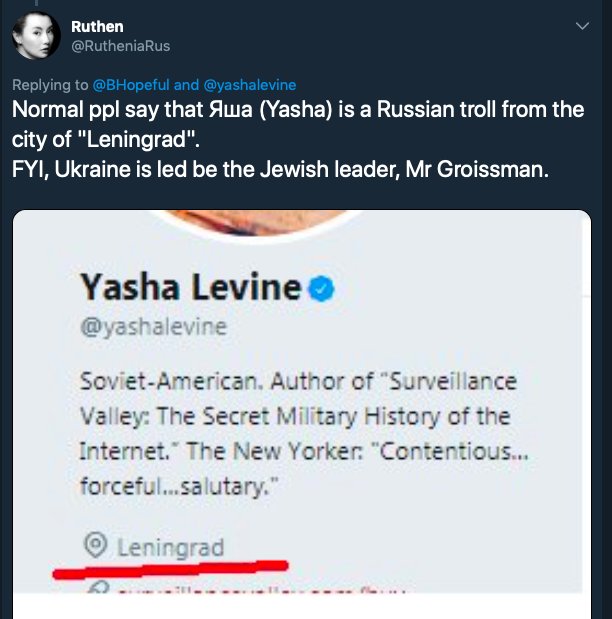 *I want you to especially note that the ‘Ukrainian’ account above has usurped the names ‘Ruthenia’ and ‘Rus’, which we discussed in the Forbidden History Webinars, and in ESR2 and ESR6.

These are the core Vedic Rus identity markers, and by usurping them from a lower consciousness perspective the forces that have taken over Ukraine are attempting to turn them dark and evil. We had also discussed in said webinars how German Nazis usurped the important ancient Vedic symbols, also turning them evil (such as: the main symbol and salutation used by German Nazis – you know what those are, I won’t repeat them here). The contemporary heirs of said Nazis in Ukraine, whom, as you know I call ‘ukro-nazis,’ are using the same symbols and salutations.

**I also want you to note that the ‘snitch’ above is in no way reflective of the majority of normal Ukrainians. The people in the southern, eastern, and even central Ukraine are very different and there is only a small minority of those who are ukro-nazis. Western Ukraine is a completely different story and ukro-nazi ideology is very widepsread there, aided and abetted by the US and Canada.

Per latest poll, the number of Ukrainians who like Russia and Russians is growing in Ukraine, despite all the attempts by the Kiev junta and their Transatlantic sponsors to instill hatred between two parts of the same Rus people!

← 20 Minutes to Crimea! New Crimean Bridge Opens Up to Mass Freight Traffic
Fake Danube Bridge or How Major Brain Drain in #Ukraine Resulted in Extremism & #Russophobia →
%d bloggers like this: