Russian Christmas is traditionally celebrated on January 7 and the Christmas Eve is January 6, due to the difference between the so-called ‘Gregorian’ vs. ‘Julian’ Calendars.

On January 13-14 Russians also love to celebrate ‘The Old New Year,’ a cute family and friends gathering tradition to commemorate the nostalgic ‘old calendar’ which was replaced with the Gregorian Calendar by Lenin in 1918. So, even though Russia lives by internationally accepted today Gregorian Calendar, Christmas continues being celebrated according to traditional Russian Church (Julian) calendar.

But did you know that that the supposedly ‘Latin’ word calendar is a lot more ancient than its Latinized version. Did you know that it’s actually a RUSSIAN word? It comes from two Russian word roots: kolo + dar. And you won’t believe how many other words in many different languages come from the same roots! What do these roots mean and how it all happened? The story is fascinating!

A lot is revealed in our FORBIDDEN HISTORY ​& FORGOTTEN ORIGINS Webinars! And I hope we talk more in 2019! 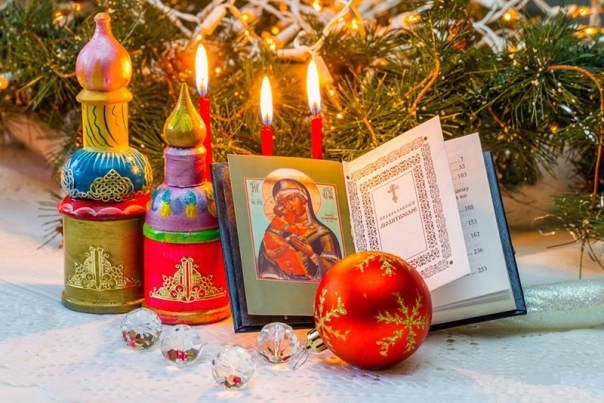 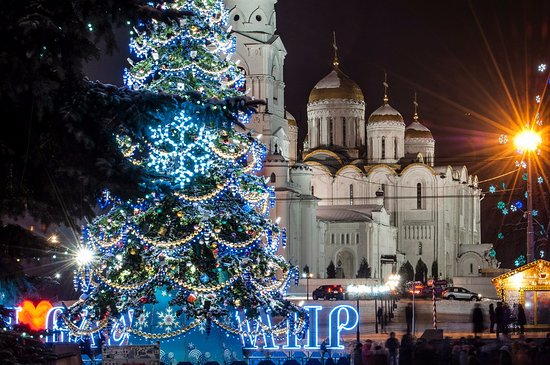 CHECK OUT THIS EARLIER ARTICLE, WHERE MUCH MORE IS EXPLAINED!

Why Russians celebrate the New Year, and not Christmas, with New Year’s Tree? The Origin of ‘Calendar’ and Christmas/New Year’s Forbidden History

What Lada Ray Patreon Is About