On April 10th Odessa celebrated 71st anniversary of the liberation of the city from the German Nazis and associated Romanian invaders. Traditionally, the holiday is celebrated with mass parades, flowers, songs and red banners, since the city was liberated by the Soviet Army. People also wear yellow-and-black-striped Georgievskaya Lentochka (band). The celebrations are a big deal.

Odessa paid dearly for the invasion, including a water-deprived, bloody siege and occupation. As a result, Odessa became one of the 4 original Hero Cities of the Soviet Union, together with Moscow, Stalingrad and Leningrad (St. Pete). There is a movie called “Zhazhda” – “Thirst,” about the siege and a heroic raid by the marines to give water to the water-starved city.

Ukraine is aggressively re-writing history! On April 9, the Kiev Rada adopted a law equating communism with fascism and banning all communist and Soviet related symbology, including the ‘Great Victory Banner’ usually displayed during Victory Day celebrations. The ban also included the traditional Georgievskaya Band. Armed nationalists from Kiev warned that they would be descending onto Odessa and that anyone who came out with traditional symbols would be sorry.

People in Odessa are scared, but not scared enough to stay home.

Ukraine president Poroshenko came to Odessa on April 10 and was greeted with: “Fascist won’t pass.” Video:

In this video Poroshenko is shown making a speech at the iconic Odessa Port. In it he says that Odessa has greeted him very hospitably and that it has become a truly pro-Ukrainian city (last time he was in Odessa he announced Odessa had become a true Bandera (ukro-nazi) city). Meanwhile, the video shows people chanting, “Fascists, fascists,” in the background. Poroshenko says that Odessa now greets well the ATO (anti-Donbass military operation) soldiers – and the next snippet obligingly shows the crowd chanting: “Long live the Soviet Army” and “Odessa is the Hero City.”

Several days before April 10, over 40 people were arrested in Odessa, most of them while simply walking on the street. They weren’t shown any IDs or explained what they were arrested for. Later, SBU went to these people’s homes and ‘found’ cell phones, various random items SBU said were being used to make bombs, Russian flags (sure, terrorists would actually parade Russian flags), and those extremely dangerous Georgievskaya Bands.

This is what that dangerous anti-Ukrainian item, aka, Georgievskaya Band, looks like. It is worn to commemorate the sacrifice of the Soviet army during the Great War (WWII), including the sacrifice of Ukrainians: 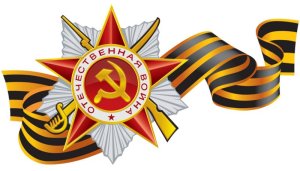 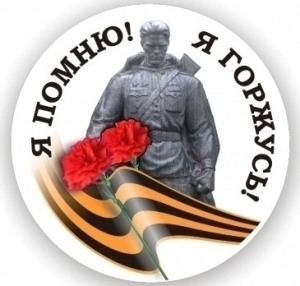 Clearly, those who are afraid of a little piece of fabric must be really insecure.

This is how local SBU was preparing for Poroshenko’s visit. All arrested were accused of terrorism. Video of one such street arrest:

More about Odessa: read my 2-part article from 2013 (note, it was written well before the Kiev euro-maidan. Deep down I knew what was to happen soon – pay attention to what I say in the beginning and throughout):