The S. Korean Winter Olympics are to begin in less than 2 weeks. As we are approaching the event, my predictions are coming true. Even the clean Russian athletes are getting banned, even those who NEVER had a problem, not ever were implicated in any suspicion. Forget any proof of doping. Some of these athletes aren’t just clean, they are legends in their disciplines, those to whom others look up.

Exactly as I predicted, the very best are getting banned, and it is happening the very last minute.

These issues were brought up in my last major report on the topic (Dec 2017):

Dirty Geopolitics of Olympics and Globalism – Will Russia Say NO and Start Alternative Games?

I said that they will make sure the best athletes, the gold medals favorites are banned, regardless of whether there are any grounds or not. I also said that  only inexperienced and second-tier athletes would be allowed to compete. And then, when they are actually competing, IOC/WADA would put such crazy pressure on these inexperienced young people, testing them at all hours and preventing them from training and resting, that some would crack. The vicious agenda is to sabotage Russian athletes in order to prevent them from winning any medals, so that WADA/IOC could justify their illegal actions by saying: ‘See, we knew Russians cannot win without doping!’

IOC/WADA continue acting exactly as predicted. The latest news: a number of top Russian world and olympic champions have been banned from S. Korea Olympics.

Among them, three-time Sochi Olympics gold medalist and 6 time world champion Viktor Ahn, originally from S. Korea, a naturalized Russian citizen — banned from S. Korea Olympics by WADA and IOC. By the admission of WADA, Ahn is absolutely clean. Ahn is revered in S. Korea and millions of his home fans widely anticipated his homecoming, with tickets sold-out to all of his 2018 Olympics events. S. Koreans are in shock about Ahn’s and Russian athletes’ bans because it hurts their Games and their reputation (MORE: read my big December 2017 REPORT (link below) and CNN excerpt at the bottom).

Russian figure skater and another potential gold medalist Ivan Bukin has been banned — no reason revealed. Overall, 7 Russian champions and leading athletes have been banned in the past few days. The IOC/WADA commented that it was not necessary for Russian athletes to have been doping in order to be banned.

What was necessary? That, WADA/IOC refused to reveal. But I’ll tell you WHAT was necessary: it was simply BEING RUSSIAN!

And just look at this mockery! Ivan Bukin’s dance partner is ALLOWED to compete in S. Korea. How, I’d like to know, if this is pairs dance? By herself, or with an imaginary partner?

In biathlon the last-minute selective bans were made in such a way so Russians would not have enough people for a mixed relay. This is yet another discipline in which Team Russia was a favorite.

Last minute bans include Russian top hockey players, also weakening the team to the degree so that to take away their winning chances.

This is the lowest of the low war against Russia and against Putin!

Who said Lord of the Flies was fiction?

As I said in my REPORT: Dirty Geopolitics of Olympics and Globalism, I personally will boycott these Olympics and any and all Olympics thereafter, despite the fact that I want to enjoy my favorite sport, figure skating. I understand it is still unclear whether world’s top figure skater, 18-year-old  Evgenia Medvedeva, will compete. She previously indicated that she was not interested in competing without the Russian flag and anthem. Without her, figure skating loses any and all meaning.

I also very strongly believe that Russians are making a big mistake participating in these Olympics. They should have boycotted them altogether. It is necessary to start an alternative competition to this rotten system!

But as I also predicted since 2015-16, Russians won’t move a muscle until after two events: Russian elections in March and World Cup hosted by Russia this summer. Only by the autumn – end of 2018 will there be some first responses to this unprecedented sabotage and murder of the Russian sport.

Read REPORT: Dirty Geopolitics of Olympics and Globalism – Will Russia Say NO and Start Alternative Games?

And earlier reports under category Geopolitics of Sport & Olympics

South Korean Olympic organizers have expressed shock after Russia was banned from taking part in the upcoming Pyeongchang Winter Games. The absence of one of the world’s major winter sports powers from the competition adds another stress for the hosts, who are already dealing with lackluster ticket sales in the shadow of the ongoing North Korea crisis.

Lee Hee-beom, President of the Pyeongchang Organizing Committee, said in a radio interview Tuesday he did not expect the International Olympic Committee (IOC) “to go this far.” “We plan to meet with the chairman of the IOC and deliver our message. The message that it’s better to allow as many nations, as many athletes to compete,” he told South Korea’s CBS Radio. 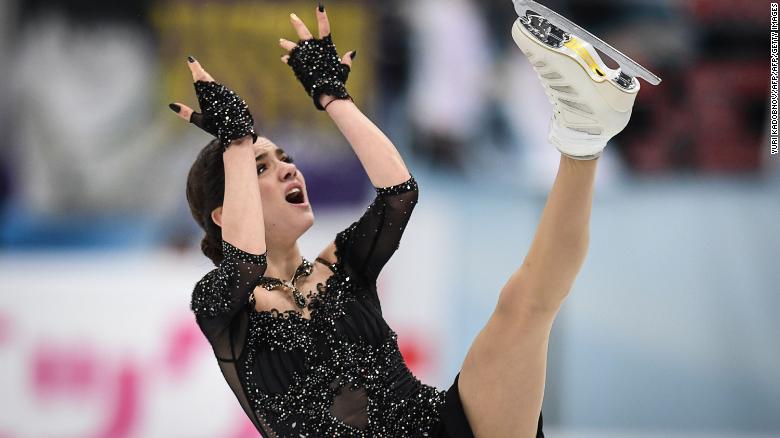 Evgenia Medvedeva is one of several Russian athletes who indicated they may boycott the Games rather than compete as neutrals.

And a very good latest video report from RT (Jan 27, 2018) which more than once catches IOC/WADA on their lies:

P.S. Found this report in Russian, after I already pubbed this article. Adding it.

In this video a famous Russian sports commentator Guberniev echoes exactly what I’ve told you above ragarding the war on Russian sport and selective bans to make it impossible for Russians to win. He also emphasizes that it is a purely political decision and double standards galore. Also, this video showcases competions featuring some of those athletes we discussed above.

Posted in China and Asia, Geopolitics of Sport & Olympics, Russia