With Analysis and Predictions!

Because Canada is so tightly connected to the US and because this victory by the opponent of the pro-US neocon Harper is so symptomatic of the Earth Shift we are experiencing, this is important for all to read! 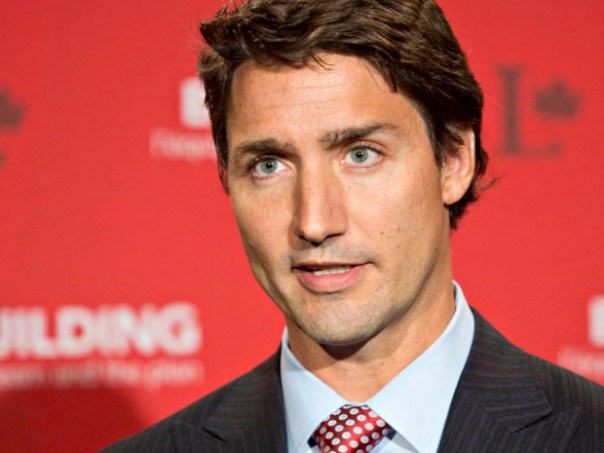 Liberal Leader Justin Trudeau speaks to media during a break at the federal Liberal summer caucus meeting in Edmonton on Tuesday, Aug. 19, 2014. THE CANADIAN PRESS/Jason Franson

Liberal Justin Trudeau has received 54% of the vote. It’s an overwhelming victory by Canadian standards, which will allow Trudeau to form a majority government. The people have rejected pro-US conservative neocon Harper’s policies (I wrote about his blatant interference in Ukraine and shale gas projects in 2014 and in early 2015). Instead, Canadians elected someone who’s described as Harper’s opposite in every possible way.

Trudeau is the hope of the country once considered a neutral peacemaker of the Western world. Canadians desperately want this image back, being tired of playing the loyal vassal to the White House. Harper’s government managed to turn on its head the once nice, environmentally friendly and neutral image of this northern country. By interfering in Ukraine, Syria and elsewhere, Harper had created a profit-at-all-cost war-mongering machine that is unlike Canada of old.

But can Trudeau change the tide?

As many of you know, my predictions, based on the Great Balancer Russia/Putin’s actions, is that the tide is indeed changing worldwide. Trudeau’s election is in stride with this sweeping Earth Shift change.

His young age and looks are also a huge advantage at this time in history (and let’s not forget his daddy’s legacy and name). He is seen as that hope for change so many Canadians long for. But will he be allowed to create the change? Or is Canada too deep in with the US and it’s too late? Is Trudeau for real, and can he be trusted?

Flashback! Bush – Blair Collusion on Regime Change in Iraq One Year Before Invasion… and Thoughts,

along with my answer:

Justin Trudeau just won as Prime Minister of Canada! We all knew Harper was in bed with the bad guys, so we’re all happy he’s out. What about Justin Trudeau? He seems like a white hat kind of guy. Is he? Or, has he been compromised?

AN IMPORTANT ADDITION AND UPDATE!

(to answer readers questions and comments):

Was Harper better for Canadian economy?

Why am I not being interviewed by RT?

Question: I noticed one little thing in the RT video during a sequence featuring Trudeau and his wife – they both held their hands over their hearts. Could it signify they have open and active heart chakras – not everyone does it seems to me; I doubt Harper does.

I think Trudeau and his wife are genuinely trying, but it doesn’t mean they are angels. Actually, answering to another comment here, they obviously can’t be, being a part of the Western political spectrum. But they do reflect the needs and wishes of the majority of their voters. JT is as good as it gets right now for Canada, but it doesn’t mean he will do exactly what people want – as I explained above.

People have voted for Trudeau’s daddy/family track record more than for Justin himself, although his looks (let’s face it, people get attracted to outward looks) and his attitude do help a lot. I think the heart gesture was a learned gesture for both. They were trained to do so by their image makers – because, well… it looks good and genuine for their constituents. So, I wouldn’t go by the outward appearances.

I look into the root of the issue or person, and my calibrations (see my Chi Kinesiology Quantum Calibrations Scale) give much more insight into the truth.

Trudeau’s heart chakra isn’t very open: calibration 210, Chi 180. I would consider it very borderline from the stand point of a holistic and evolved being. But it’s much healthier than most politicians, which gives a certain hope. And it’s INFINITELY better than Harper’s heart chakra, which is practically non-existent. That is scary when the leader of your country has a non-existent heart chakra! I’d be very concerned, and his actions confirmed that. As an example, look at the fear mongering campaign he’d run for these elections!

For JT, it’s about as open as it can get for a Western politician. Same with his wife. Incidentally, Justin’s father had heart chakra that calibrated also at 210, Chi 185. Very similar. This gives one an idea what to expect from this politician.

Since politicians usually (with one or two exceptions in today’s world) aren’t messiahs or healers, they can’t have very open and beautiful heart chakras. Actually, if they did, they’d be eaten alive in the world of eat or be eaten. Only one head of state can afford to have a beautiful heart chakra, and this is because he has a literal wall of supporters helping him (I’m sure you all know who I am talking about). But most must be very guarded, calculating and cunning in that world – not a place for an open heart chakra.

As I said, the jury is out on how Justin Trudeau will perform in the future, but there is hope.

One more thing: someone posted a comment about the animosity existing between east and west and that Trudeau Sr. destroyed Canadian economy. The former is true in terms of certain distrust and alienation. The latter can be debated.

Certainly, some things offered by conservatives, such as running a tight ship, are attractive; certain things offered by liberals are also attractive, such as being environmentally conscious. In many ways, the two parties in Canada are much like the two parties in the US – often can’t tell them apart. It is a reasonable idea that working together they could balance each other’s weaknesses out. But let’s get real: the Western system is designed not as a cooperative system. They don’t want to work with each other – each wants to win and rule solo!

Under such circumstances, Trudeau is certainly a better choice on balance.

Economically speaking, at least 2 things Trudeau Sr. did were good:

Trudeau Sr. cracked down in his days on the Alberta oil and gas mafia, consisting in big part of heirs of those Bandera Ukraine nazis that collaborated with Hitler during WWII. These escaped in big part to Canada, US and Argentina after the defeat in WWII. Some of these criminals were up to their noses in blood of hundreds of thousands they executed, sometimes whole villages.

This is a dark page in Canada’s history, who accepted them because they had gold they stole from those they had killed. These people bought agricultural lands, which later became oil and gas fields, thus getting wealthy.

I know some in Canada may deny that what I am describing here is the case. In many cases these entities would keep their involvement under wraps – isn’t that the definition of a mafia?

So, this oil and gas mafia was allowed again to flourish during Harper. That led to the emboldening and much better financing of the Canada ukro-nazis, in turn also supported by Harper. These had sent monetary support to their western Ukraine contacts, trained ukro-nazis in Western Ukraine, financed and sent college and school teachers to Ukraine, staffed Ukraine MSM and helped re-write history books financed by Soros. Within short 10 years turned a once sane country called Ukraine into a crazed and hateful anti-Russia, facilitating 2014 ukro-nazi coup and civil war.

The participation of Canada in the destruction of Ukraine is enormous, both by Harper’s government officially and by Alberta Bandera-ukro-nazis privately, through their own resources. Their idea was to take revenge on Russia for their defeat and humiliation in WWII – and so far they’ve succeeded, practically destroying a once nice Ukraine.

Those who write comments like: “Harper was better for Canadian economy,” please keep in mind, Harper’s Canada takes a large chunk of blame for what happened in Ukraine. I’m sure no good citizen of Canada would want to prosper at the expense of any other country.

We can also talk about the terrible environmental track record of Harper. Prosperity at the expense of the environment isn’t good either.

Question: Why are you not being interviewed by RT, Lada?

At this time I don’t do video interviews due to certain privacy considerations. This may change in the future – I am debating with myself if I should perhaps start giving video interviews at some future point. Also, much is happening in my life and any interviews have been put on hold for now. I may have some audio interviews in the winter or spring.

I’ll keep you all posted.