Can you imagine what this poll would look like in your country?

The latest comprehensive poll revealed very interesting findings as to who and what organizations Russians trust and distrust most. 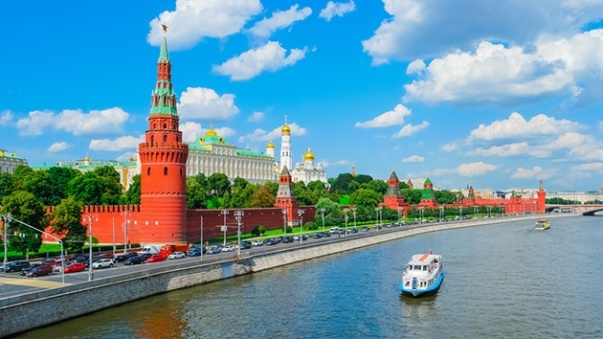 It is clear why, especially in view of Russia’s brilliant operation and a sweeping victory in Syria.

For details listen to my latest interview discussing Russia’s Syria victory: URGENT NEW INTERVIEW! A New Tsar Arrived: How Putin is Squeezing US out of NEW Middle East

Since he first came to power in 2000, Putin, understanding that this is one of the two first priorities if Russia is to survive and rebuild as The Great Balancer, invested a lot of energy into rebuilding the Russian Army, Navy & Fleet, torn to pieces by Gorbachev & Yeltsin.

Credit also goes to Russian Defense Minister Sergei Shoigu, who turned it around, based on the foundation built by others. Shoigu is so effective that the going joke in Russia is that he should be cloned to replace other ministers.

‘Russian Army’ or the ‘Russian Armed Forces,’ are the old names. It is presently officially referred to as: 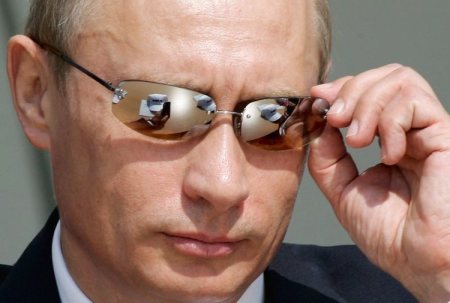 Ever since he came to power in 2000, Putin never had a rating below 50% and for the last several years it was always above 80%, jumping to over 90% in 2014 and after Crimea reunified with Russia.

Despite constant character defamation and personal attacks, as well as insidious 4D hybrid wars and relentless attempts to compromise Putin’s support groups, the population’s support for Putin never dwindled. After it was understood that Russians could not be influenced through direct attacks on their leader and through trying to provoke him to react rashly and without considering consequences, a switch was made to trying to harm what Russians consider dear to their hearts, such as the Russian sport, Russian flag and anthem. MY QUESTIONNAIRE ~ share your opinion on Russia ban from 2018 S. Korea Winter Olympics!

Putin’s 82% trust rating is very good news before March 2018 elections. Make no mistake, attacks will continue and intensify before elections — I’ll have my analysis article on the Olympics ban / Russian Elections / Putin some time next week. We’ll also have a big interview in time for the Russian Elections next year.

I have made extensive predictions about what Putin will do, and what his focus will be in the next 6 years, once elected. And if you think you know, you may be surprised!

For predictions and for the whole Putin story listen to EARTH SHIFT WEBINAR 6: THE PUTIN ENIGMA!

This was a surprise for many. You all know how much the Western MSM is distrusted.

This is also interesting since the USSR’s government media was rather distrusted during the years I grew up – 1970s-80s – and many young people, such as myself, rebelled against it. Only later we all realized that it was propaganda, yes, but a lot more honest than what the West has always spewed. We realized that what the USSR news told us about the West was largely and usually true.

Central Russian MSM, such as VGTRK (holding company for Channel1 Russia), as well as RT, are rather well trusted. Many of you know RT, and now you know why there is trust — they report the truth.

Note, this trust is assigned specifically to the State-owned media outlets, and NOT to privately-owned media!

VGTRK, by far the biggest Russian media holding, has already announced that they will not broadcast 2018 Winter Olympics without Russian team’s participation. I will talk more about the implications next week.

We must go back to the point I made above. Russians have learned their lesson since the breakup of the USSR. They now get it how important FSB is for Russia’s defenses. The personal reputation and trust of Putin, ex-KGB officer, also plays a role.

This may have been a surprise for many. Not for me. I’ve been following the progress of this organization for a long time. There had been some criticisms and even minor scandals. I’ve said this before: it almost seems that some of these criticisms and scandals are artificially blown out of proportion in order to make FSB seem less effective than it actually is.

Why? We are talking Russia’s ultimate defense against terrorism, spies and saboteurs. This activity was always relentless against Russia The Great Balancer, in any manifestation, even when Russia was totally dysfunctional in the ’90s. Back then such forces simply dictated their rules to the country.

Ever since 2014, terrorism and anti-Russian spying and sabotage activities intensified 10-fold. This happened in connection with the Kiev junta coup, Crimea, and of course, Russia’s Syrian success. Moreover, all this is multiplied by the fact that we are in the new era of an especially devious 4D hybrid war.

Hence, FSB has to be especially devious in return. One of the tactics that worked well was to make adversary underestimate you, which makes them relax and act bolder, thus making it easier to reveal the perpetrator.

In reality, FSB has been unbelievably efficient and effective in countering various threats. In the past 3-4 years I heard almost weekly, sometimes daily, of such and such terror group or spies apprehended in various parts of Russia. The majority of terror groups were temporary workers from post-Soviet Central Asia (and they were a part of Islamist jihad/ISIL). Many terror groups, especially in Crimea, as well as a great deal of spies, were from Ukraine.

Exact numbers are unknown, but in my estimates, FSB managed to prevent over 100 terror acts since 2014. Russia is more secure than it has been for a long time.

In Russia, anything that is government-built and or state-owned is much more trusted than private-made or private-owned.

I’ve heard from a large number of people who moved to Russia from Kiev, Lvov, Dnepropetrovsk and elsewhere in Ukraine after 2014. Based on the old Soviet stereotypes, and based on propaganda, Ukrainians still think that in Russia there is as much mayhem, stealing and lawlessness as there is in Ukraine, just ‘better disguised by Putin.’ They think so until they cross the border… They are always extremely shocked as to how efficient and organized everything is in Russia compared to Ukraine (and I daresay compared to many other countries, as well).

It is interesting to note that in some ways Russia took the good example of Singapore, drawing on its experience on how to organize and manage the country in the 21 century. Singapore’s organization is much respected in Russia. There is still much work to be done, but progress is amazing, especially compared to the ’90s.

And that gives us a hint as to why Putin really is so popular and why Russians trust the government at large. Perhaps they have just been doing a good job?

Example: a young family from Kiev looking for a good apartment to settle down in Kazan’ with their 2 young children was shocked to find that all locals recommend state-built and operated apartment complexes, as opposed to those built by private companies. In Ukraine it’s just the opposite, they say. People trust private-built and distrust anything having to do with state, considering it low quality. State in Ukraine = thievery.

Ukrainians are so used to bribery and tax evasion that they are very shocked to find that in Russia you need to abide by law and do things by the book. Once you do, the state leaves you alone and you have much personal freedom.

When Crimea re-joined Russia it was a shock for many Crimeans used to tax avoidance in Ukraine, that in Russia you actually have to pay taxes to be in good standing. Incidentally, Russia’s income tax continues being one of the lowest in the world, at a flat rate of 13%, but those who avoid it get punished.

Certainly, the level of life-enjoyment and happiness in Russia is very high, and that’s despite sanctions and a hit Russians’ incomes took because of that, despite Olympics scandal and constant 4D hybrid attacks against Russia. I can tell you Russians are much happier and life there is much more agreeable than, say, in the US.

Meanwhile, Ukraine, which did very well during the USSR, was recently rated as the most unhappy country in Europe and one of the 3 most unhappy in the world. Ukraine is stuck in the worst version of the destructive ’90s, and plunging deeper to self-destruction due to choosing the wrong path.

At the same time Russia has made a huge leap forward since the near destruction of the ’90s. We discuss all that, why and who must be credited in EARTH SHIFT WEBINAR 6: THE PUTIN ENIGMA.

WHO RUSSIANS DISTRUST MOST

1. Police. Despite much effort and no spared expense to re-invent its image and looks, the police is still not very trusted in Russian society, although overall the trust rating has improved compared to the absolute distrust there was several years ago. The all-out fight against corruption and some among police going to jail has helped.

To find out more about Russian political system listen to Earth Shift Report 11: THE IMPORTANCE OF 2016 RUSSIAN ELECTIONS.

3. Some of the Russian ministers, particularly those who are responsible for the economic policies — the so-called ‘economic block of the government.’ This applies also to Russia’s Central Bank, still dependent on the FED and Western banking system.

This is a universally important topic. We discussed the future of the Western and global monetary system, plus the FED, in ESW3: THE FUTURE OF MONEY.

We discussed Russian Central bank and the ruble situation, why universally disliked ministers are still working in Russia, and when this situation will change, in ESW6: THE PUTIN ENIGMA.

Just a reminder that the Webinar Scholarship Program is now over. We have awarded more Putin Enigma scholarships than originally planned. Thank you for your applications. Please do not send any more scholarship requests!

Those who have been loyal monthly contributors, long-time especially loyal FT supporters (you know who you are as we have contacted you with thanks & offers before) and those who have been very loyal and regular Lada Ray donors (you also know who you are as we also corresponded with you) can apply for a $20 off discount for ESW6: THE PUTIN ENIGMA or 10% discount for the whole 6-WEBINAR SERIES. Please email us to request yours!

GO TO ALL WEBINARS

CONSULTATIONS ON SALE + get 2 FREE bonuses!