The Decline of Hollywood and the Rise of Chinese Film Industry

I thought you all may find it interesting! This is something our friend Akaida (Masaki Miyagawa) shared with me. Akaida lives in LA and is associated with the music and movie scenes there; he keeps in touch with their inner workings and developments.

In EARTH SHIFT WEBINAR 4: LADA RAY PERIOD 8 PREDICTIONS we dedicated a whole segment to addressing the predictions on Silicon Valley and Hollywood. You recall that I specifically said that Hollywood is in decline, and will continue declining. At the same time, I singled out the rising film and TV industries of Canada, India and China. One of the ways this is developing is that Hollywood now uses Chinese or other countries’ production facilities and sets, special effects and design teams, as well as actors from third countries, in their films. One of the reasons: the cost of production is very significantly lower. Another — main reason — the decline of the West, and specifically, of California as the locomotive of the West.

(I should also mention UK, with its long-standing tradition of excellent theater and TV series, as well as lower actor salaries. UK is another alternative, taking away more and more content, viewership and acting jobs from Hollywood and US TV sitcoms.)

But all the above aside, the film industry of China is developing on its own, by leaps and bounds. And they are just warming up. In fact, the rising middle class and with that, the rising national pride and self-identification of the Chinese pushes the development of the movie industry to new heights.

Hi Lada, congrats on the last Q&A, your predictions are becoming confirmed by the day.

I went to high school with Feng Zhu (see below), he went to Art Center in LA, got into 3D modeling, game design, and later special effects for movies such as the Star Wars reboot. He also started his own animation school in Singapore, and now is targeting the Chinese Film Market. His parents were professors from Beijing, so he’s well positioned to do what he’s doing.

For the past year, I’ve been quietly working, studying and building networks in the China film industry. There is no question that the next frontier in film making will take place here in Beijing.

China’s film landscape today is reminiscent of the Hollywood’s IP explosion between the mid-1980s to late 1990s. During this period, there were a wide range of directors putting forth movies that literally shaped our imaginations. The same is now taking place in China domestically. Investors are scouring Beijing for scripts, directors, producers and teams which can make it all happen.

Golden opportunities like this don’t strike often. Virtually every aspect of film making is undergoing major transformations and there’s a huge demand for talent across all areas.

I’ve always wanted to scratch that director itch. For the past 20 years, concept design allowed me to create worlds. Now surrounded by these opportunities, I have a chance to tell my own stories within these worlds.

The first step however, is to learn. To understand the production pipeline in China, FZD Films collaborated on over 10 domestic films during the past year. Working with my talented teams in both Singapore and Beijing, we helped define the visual styles of these movies.

One of these films, Sky Hunter, directed by Li Chen, releases today in China. I will share a follow up post soon showcasing some of the designs by our amazing team.

The audience in China is hungry for fresh content. If you are also interested in putting something on the table, please send me a message. I’d love to hear from you. We need film markers here.

Feng’s School is based in Singapore. It’s a top school for young people who want to get into computer design for games and movies. It’s also only one of 20-30 accredited schools in Singapore.

Feng just made another post, about his new movie studio!

Mid last year, actor Li Chen contacted me to see I was interested to be the visual effects producer for his next film, Sky Hunter. I met up with LC and his lovely fiancé, actress Fan Bingbing (who also stars in the movie), over a nice dinner in Beijing. LC’s kind and honest personality instantly struck me as someone I wanted to collaborate with. This was to be my first Chinese movie and LC’s first directing role!

Feng was a major part of the look of the Star Wars reboot, many popular video games and more, and now China will begin to overtake Hollywood in these areas IMO…. AND with an Asian sensibility that will appeal to that market. People are tired of Hollywood worldwide!

Also Feng is definitely a kind of higher dimensional person because as teens we would joke, and one of the jokes he made was about breathing in prana from the air! Not your average person

Dear readers, you may recall that I mentioned Masaki and his work a few times throughout my Webinars 4 and 5. Masaki builds popular orgone pyramids and does awesome numerology readings — I had one recently!

Meet Masaki Miyagawa, aka, Akaida, and his popular article on FT:

Hot anti-Russia and anti-Putin commodity: New Pussy Riot show in LA. And it’s so good to distract Americans from real problems disclosed by Wikileaks, such as #CIA crimes and #Vault7!

We know very well those poor confused girls, used as convenient dupes by certain unscrupulous forces, are quite talentless. Someone’s really pushing Pussy Riot – we even know who… Everyone would have long ago forgotten about that silliness if not for the artifical attention showered on them by the likes of Madonna and Hillary Clinton.

And along the way, I bet their masters will bribe them with their 15 minutes of fame and make them into millionaires, in exchange for keeping their mouths shut. 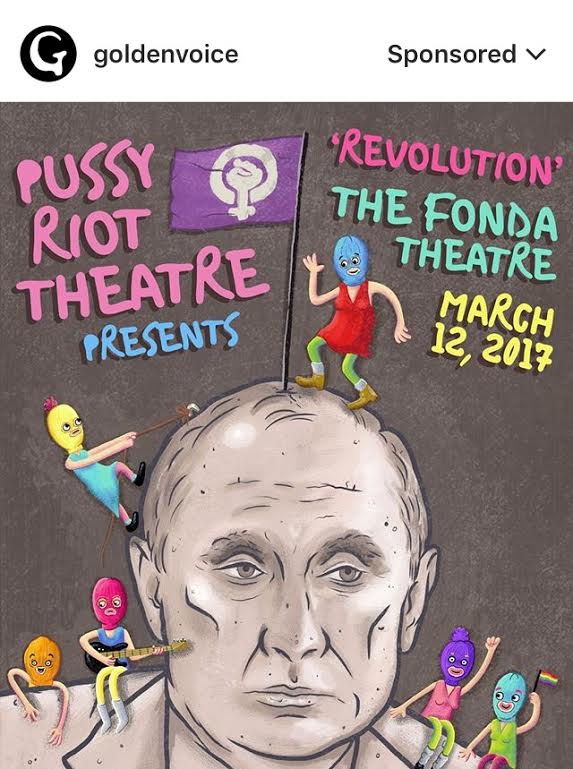 Thanks to Masaki (Akaida1) for the pic!