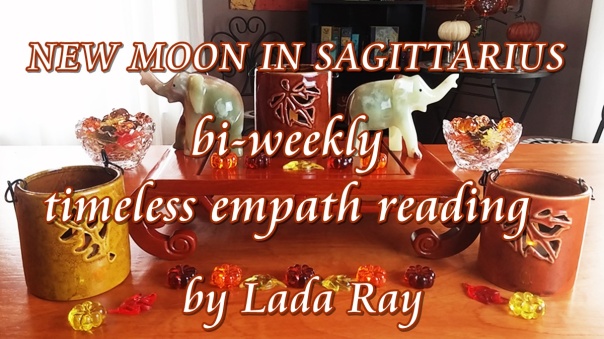 This is a very different tarot & oracle card reading for the collective ~ ALL SIGNS! My readings are TIMELESS & SYNCHRONICITY BASED: no matter what sign you are, whenever you tune in, you’ll find an important message you need to hear!

***Posting this bi-weekly reading a little early, since lots of important videos and cool events are coming your way in several days!

& MEGA-EVENTS THROUGHOUT THIS HOLIDAY SEASON!

THANK YOU FOR SUBSCRIBING TO MY FREE YOUTUBE CHANNELS!

US Presidential Elections are on November 6, 2012. On January 11, I posted my original predictions for 2012, including the so-called Year of Elections, namely my predictions for USA, Russia, and France.

Here’s what I said regarding US Presidential Elections:

“Republicans will pick Romney, who is perceived as the man of the middle, and therefore, appears a safe bet. And Romney will NOT beat Obama. In short, USA will remain sharply divided along partisan lines. Obama will narrowly win another 4-year term.

Meanwhile, various protests will continue and intensify. Emergence of a third party is very possible, fueled with disillusionment with the establishment and election results.”

As usual, I want to remind everyone that I am a ‘political atheist’ and do not participate in any political party. My predictions and analysis are based on logic, facts, intuition, my knowledge of world cultures and geopolitical trends, long-time experience as financial consultant and investor, and Chinese Theory of Long Cycles.

More about me in ‘About.’

So far: Russia and France voted exactly as I originally predicted on 1/11/12, GOP nominated Romney, and there are clearly 3rd parties emerging in the USA. Two Third Party Presidential debates are being hosted by Larry King and aired by RT America. First debate took place several days ago between 4 alternative party candidates, incl., Green, Constitutional and Libertarian, and is available on Youtube; second debate on foreign policy will air and be posted on Youtube on 10/30. Very educational, by the way, and a great illustration of what’s going on beyond mainstream media. I urge everyone to watch! Check back in a day or two, I might most the Youtube links to both right here, or go to Youtube and do a search. If your cable carries RT America or RT, you can see it on TV.

Upcoming US Presidential Elections: no change from the original 1/11/12 prediction! Obama wins narrowly, with less than 5%, possibly, less than 3% advantage.

It is interesting to note that, while in the USA the vote will be very close, abroad it’s not even a contest between the two candidates. Based on polls from over 20 countries, Romney gets more support only in Pakistan, which is attributed to the Pakistanis’ irritation with deadly drone strikes, not so much to their preference of a specific candidate. Most countries have Romney in single digits, with Western Europe, especially France, favoring Obama by the widest margin.

My prediction: while Obama is far from ideal, no world leader (except, perhaps Israel’s Netanyahu) wants Romney as US President, in fact he scares everyone with his bellicose posturing. Foreign perception is that his rhetoric, lack of reason and restraint (as well as lack of understanding and knowledge of international affairs) would make his presidency into Bush 2.0. By the way, this is also the perception of much of the international investment community – and international investment community is seldom wrong.

It is naive to think that American elections happen in a vacuum. In our globalized and interconnected world, it should not be underestimated how much influence other countries and global community hold over any country’s policy and elections. In fact, I noticed that global opinion (don’t confuse that with the US media propaganda) is the most accurate barometer of presidential election results in any country. For example, international community at large (excluding USA and UK) wanted Russia’s Putin to win (of course, there really was no contest anyway). In France, both the country’s and international perception were against Sarkozy, and sure enough – he lost.

Other interesting cases include Italy’s Berlusconi resignation from his post as Prime Minister (in part due to international pressure), and Hugo Chavez winning recent Venezuelan elections despite his cancer, absence from the political scene, and despite having to compete against a young, strong and very charismatic right-wing candidate. Chavez managed to generate a very broad international support – that’s the secret of his success! Assad of Syria is another prominent example of foreign influence. By the way, I received questions from my readers regarding the future of Assad, as well as the situation in the Middle East at large and I intend to cover it soon in one of the future articles.

P.S. For those who pay attention to astrology: From the astrological perspective, US Elections 2012 are taking place during the start of Mercury Retrograde, infamous among astrologers for introducing confusion, delays and misunderstandings, as well as mistakes in documents and broken machinery/electronics. A friend-astrologer of mine who read my article, just reminded me that the last time the US Elections happened during Mercury Retrograde, in 2000, the confusion resulted in the Supreme Court choosing the winner, George Bush, with controversy continuing to this day. US Presidential Elections on November 6, 2012, may be just as confusing and messy (if not more so), with possible mistakes, lost or contested results. Double check everything while voting.

“To our discussion about the Hurricane Sandy factor: I believe the hurricane will ultimately help Obama, like 9/11 helped Bush. The nation tends to rally behind the President in times of disaster, and the opposing party has no choice but to mute its rhetoric, because the alternative might backfire on that party. I know, this is pretty awful that we need a disaster to feel more united, but here it is.”

Update 11/2: Hurricane Sandy will also temporarily stimulate the economy and the stock market, once more postponing the inevitable recession/depression. Much will have to be rebuilt, and the government will again turn on its virtual printing presses, happily throwing money they don’t have left and right. But the key word here is “temporarily.” No nation in the history of the world could run on debt indefinitely, without having to eventually face the gruesome reality. USA is no exception.

Read my other articles/predictions regarding the elections in Russia, France and USA.

I will be posting a follow up after the US elections, including my new predictions regarding the very important for the Eurozone, German Chancellor Elections 2013, and Angela Merkel‘s chances to be re-elected.

Comments Off on Prediction: 2012 US Presidential Elections