Working extra hard! Less than three days left to the release of

This is a once-in-a-lifetime event!

Meanwhile, do have a laugh! A little follow up to my latest post: Why does the West hate Russia so much?

In Russia there is a saying that after all the tears have been spent the only thing left is to laugh. Let’s have a laugh at #US / #EU /West’s #Russophobia gone berserk — yet again. This tweet posted back in February has gone viral – and you’ll see why. It does sum this new Western hysteria up very well. 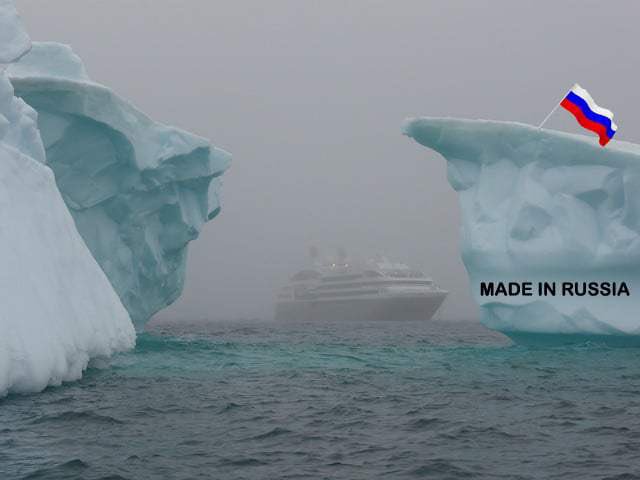 Expect More Provocations as Russian and US Elections Near! Russian jets intercept US spy planes in Black Sea

Yet another extremely dangerous provocation & a hostile act by the US in Black Sea, next to Crimea!

US spy planes have twice tried to approach the Russian border over the Black Sea with their transponders off, the Russian Defense Ministry said, adding that SU-27 fighter jets were scrambled in response.

As we are approaching Russian Duma Elections on September 16, 2016 and US Presidential Elections in November 2016, the provocations of various sorts will be on the rise. They will range from examples such as above aggressive act to hysteria regarding Trump, David Hawking, Bernie Sanders and Bill Mahr being Putin/Kremlin agents as described in this article by Glenn Greenwald: What’s Behind Barack Obama’s Ongoing Accommodation of Vladimir Putin?

Note: I only recommend the opening paragraphs of the above article, which are spot on. I do not recommend the main premise and the rest of the article, especially the warped conclusions about why Obama refused to send troops to Ukraine.

Obama may want to but can’t send troops to Ukraine for much more serious reasons than the lame conclusions drawn in Greenwald’s article. Namely, by doing so:

1.  Obama would have started hot WWIII, and what a gigantic, non-removable blemish it would be for Obama’s already tarnished ‘legacy’!

2. US would lose all of its European allies, including Merkel and Hollande, in one fell swoop, should US cross that line.

3. This may signal an uprising within the thinking and sane parts of the US military – not those crazed ‘Russians are coming’ US military, whose actions we are sometimes observing.

As a reminder of how the US hysteria about Russia works, watch the Russians Are Coming film, courtesy Maddie @ 1_Earth_United (Scroll to the end of this article for LINK TO MOVIE: Hillary Clinton is Crazy, Dangerous Conspiracy Theorist! Russians Are Coming! (Watch movie!)

In addition to provocations, expect more hacks, pre-elections hoaxes and targeted info dumps as part of the ongoing info war!

India may purchase from Russia 4 Stealth Frigates in a new $4bn deal. Other military deals between Russia and India are being discussed as well.

If you haven’t yet, please read the new surprise Earth Shift Report 14

This is a written report, which includes Lada’s SPECTACULAR UZBEKISTAN picture guide. The text of the report is engaging and entertaining and the report size is very moderate, packing a lot of first rate intel and ideas in a small space – perfect for a weekend read!

In order to respond to the breaking news of Uzbek President Karimov’s passing and its consequences for Central Asia, Russia and Eurasia, I had to delay the release of my new

It is coming soon in September 2016! Stay tuned!

If you want to see the most dangerous and crazy conspiracy theorist alive, look no further! It’s US presidential candidate from the Democratic Party, wife of ex-president Bill Clinton, ex-US Secretary of State, and US Empire’s globalist extraordinaire, Hillary Clinton!

To become convinced this is a fact, all you have to do is listen to her accusations of the Russian President Vladimir Putin being the ‘godfather of far-right Western nationalism’ and ‘mastermind of Brexit.’ According to Clinton, Brexit’s Nigel Farage is the Kremlin agent, while American billionaire Donald Trump is – well, who else – also the dreaded Kremlin agent!

I am looking forward to the next step in this typical US hysteria: yells that ‘Russians are coming,’ accompanied with a crashing sound of the breaking windows, as various Clintonites and US globalists start throwing themselves out of New York skyscrapers, as American generals once did in 1950s-1960s.

Do you know why Clinton has to resort to such hysteria? Because she already knows she cannot win US elections honestly. This is a desperate last-ditch effort on Clinton’s campaign part to reverse the negative publicity deservingly pouring at her from all directions. I can proudly say I put in my timely few cents: recall that I’ve predicted since 2015 that Democrats will lose this election and advised people to vote for anyone but Hillary Clinton! (Links to relevant articles below.)

Too bad for Hillary… we live in different times when, rather than falling for her silly conspiracy theory, the awakened Americans will think it positive that Trump wants to be friends with Russia. Only dumb and backward Americans would think that Hillary’s belligerent and hateful towards Russia strategy will have any future whatsoever.

Original prediction on US election 2016 outcome (scroll towards the end for PREDICTONS):

Ah, but no craziness is new under the moon! This had already happened on people’s living memory!

I highly recommend you watch this gem of a comedy, created by a Canadian-American director in 1966, at the very height of anti-Russian hysteria. The Canadian director was invited to Russia for the film’s screening. He recounted later that famous Russian directors, such as Sergey Bondarchuk, approached him saying they wished they’d thought of such a brilliant movie idea. The idea was indeed very timely. When the director of The Russians Are Coming! tried to fly back to Hollywood, he was denied entry into the US and had to revert to Canada, having been branded ‘the Kremlin agent.’ Now this film is a classic.

The Russians Are Coming!

Full movie was just posted a few days ago on YouTube. Many of you may have watched it a long time ago, but today it remains a great comedy and very timely reminder (sorry for the YT quality). I recommend you watch it very fast as there is no guarantee how long YT will allow it to stay. When it disappears, you’ll know why.

Our wiz Maddie from 1EarthUnited Blog has succeeded in posting excellent full copy of The Russians Are Coming! film on Veoh, and it works so far! Click to watch it free HERE!

New! For those who prefer to pay a set price rather than a variable donation, we now have