I am so excited to introduce my upcoming major event:

This powerful webinar is the culmination of Lada Ray’s Multidimensional Geopolitics Series.

COMPLETING THIS WEBINAR, ALONG WITH PRECEDING WEBINARS 1-5, QUALIFIES YOU FOR THE MULTIDIMENSIONAL GEOPOLITICS CERTIFICATION! 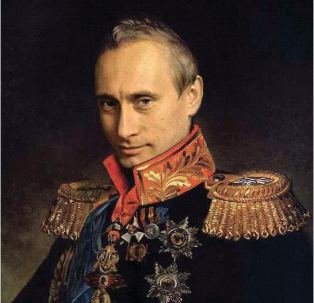 Hold on to your seat, as you are guaranteed to hear brand new revelations and make fascinating discoveries! I promise, you’ll experience those ‘Aha!’ moments and finally put the two and two together!
Well beyond the obvious, and well beyond sensationalist conspiracy theories,
Putin’s TRUE multidimensional origins and his REAL role during this Great Earth Shift revealed!

Who is really Vladimir Putin? Why does he continue being mega-popular around the world, despite many years of character assassination attacks? Why is Putin’s rating so high and why is he beloved by so many Russians? How and why does he manage to garnish so much support from elites and ordinary citizens alike? Why, no matter what Putin does, he ends up the winner?
The enigma of Putin’s name explained!
Multidimensional image: Why does Putin look the way he does — face reading, height, sports and charisma
What does Medvedev’s appearance and his posture says about him?
Why, no matter how much pressure he receives, Putin doesn’t fire Medvedev?
Why is Medvedev always near Putin one way or another?
LADA RAY PREDICTIONS:
Will Putin run for reelection in 2018? If he does, when will he announce his candidacy?
What to expect in the next 6 years for Russia and world?

​Reincarnations, past lives, karma and destiny!
What does PUTIN’s name really mean and how does it resonate with Russia’s destiny?
Do you want to know who really is Dmitry Medvedev? I can promise you that his true origin is as much of an enigma as Putin’s, and his role is rather important and rather fixed in this space-time continuum. In contrast to Putin, Medvedev is almost universally disliked in Russia, on both sides of the political spectrum. However, Medvedev represents something very important, ​and he hasn’t gotten to the top by accident!
Prepare for your eyes to pop when I tell you how his role in today’s Russia is intrinsically connected to what happened 100+ years ago, during WWI and 1917 Russian Revolution, and how the last Russian Emperor Nikolay II and Grigory Rasputin come into play!

How does the 1917 Russian Revolution relate to what is happening now in Russia and around the world? What was the real role of the USSR and who really was Lenin and Stalin? Was the USSR supposed to disintegrate and how Gorbachev and Yeltsin come into play. What happened in 1999 and how Putin became president.
​How is Russia’s role as the Great Balancer affected by karma and previous millennia of forbidden history? How is it affected by what happened 100 years ago, in 1917?
In this webinar you’ll learn about the Destiny of Russia, past lives, reincarnations, powerful multidimensional Earth Shifter oversouls, Earth Keepers and Protectors. You will also learn about the new hope and new timeline for Russia and humanity!
I’ll reveal to you information from the cosmic Akashic Records​.
​
This webinar includes some crucial for your understanding quantum calibrations and interpretations for Putin, Medvedev, Shoigu, Lavrov, Maria Zakharova, Lenin, Stalin, Gorbachev and Yeltsin.

​CLICK FOR ALL WEBINARS IN THE MULTIDIMENSIONAL GEOPOLITICS SERIES