Is USA behind the failed coup in Turkey?

This just in! USA State Dept. denies that US was behind failed coup in Turkey

Oh my, but US State Dept is modest! Of course they are behind the failed military coup in Turkey! Just like they are behind the presently developing attempts to destabilize Kazakhstan and Armenia! As in above cases, the brainwashed convenient dupes, who were used as cannon fodder in Turkey coup, had no idea who and why was pulling their strings.

For the newly developing crises in Armenia and Kazakhstan see latest posts:

Comprehensive report on EAEU members, including Russia, Kazakhstan, Armenia, plus all of Caucasus & Central Asia:

Russia, Belarus and Kazakhstan are also discussed in:

The Battle for Eurasia! TURKISH CONUNDRUM 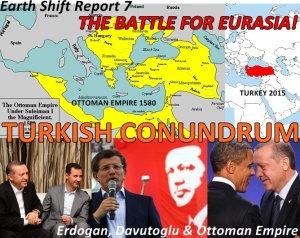 The past week or so has seen filled with a lot of crazy events all over the globe. Please recall my original prediction that this kind of instability and turmoil will continue and, more so, intensify. So, brace yourselves and stay tuned to upcoming Earth Shift Reports for added clarity and so you are well prepared for the future!

One of the last week’s events was an attempted military coup in Turkey. The implications of this coup not only for Turkey, but for the world, are significant and important to understand.

Other earth-shattering events of the past couple of weeks have been the change of power in the UK and the appointment of Theresa May as PM, while Cameron, along with biggest Brexit proponents suddenly ran for cover. As the UK/Brexit story unfolded, we simultaneously observed the new aggressive NATO push closer and closer to Russian borders. However, Russia isn’t sleeping and Russian response to the NATO push has begun.

The three globally important geopolitical events to be discussed in the upcoming Earth Shift Reports:

1. The failed Turkish coup & how it’s likely to change the global geopolitical balance of power

2. UK’s bizarre & seemingly confusing power transfer, along with the Brexit aftermath for EU/US