Europe shouldn’t view itself as a “hub of the universe” and it has to understand that the center of world economic development is shifting to other regions, said Greek Prime Minister Alexis Tsipras, speaking at St. Petersburg International Economic Forum. READ MORE: http://on.rt.com/125m20

Four months ago I recorded that commentary immediately after the Greek elections, which unseated the pro-US, pro-Brussels elite and propelled the left-wing Tsipras to power. My prediction was that Greece would exit the EU by 2017 and that Turkish Stream pipeline would after Turkey go through Greece in order to proceed towards Serbia and the Balkans. At that time, some argued with me that Greece wouldn’t exit EU as Greek politicians said they ‘wouldn’t.’ Others argued that Russia’s Turkish Stream pipeline wouldn’t go through Greece, stopping at the Turkish border.

By now we all know that Greece is already discussing exiting the EU; moreover, we also know that Turkish Stream most definitely will go through Greece to deliver gas through the Balkans further into Europe.

Coming! New related LadaRayLive episode about how US controls gas and oil flow in the region! 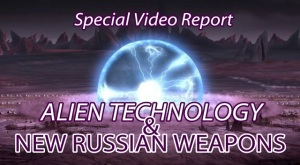 Other books by Lada Ray