With this pilot video I am introducing a new Interactive video capture format. Check it out on Lada Ray YouTube Channel by clicking on link below!

I plan more videos in the interactive video and other new formats!

THANK YOU FOR SUBSCRIBING TO LADA RAY CHANNEL!

so not to miss all these special events!

And click on bell button next to your video, to be notified of future videos!

WHAT DOES YOUR HALLOWEEN BRING? ~ TIMELESS Synchronicity Message

RELOADED! #VictoryDay Special: The Battle of Russia. Rare truth from US about Russia

NOTE! VIDEO BELOW IS BLOCKED BY YT! I’VE REPOSTED IT ON MY PRIVATE G+ CHANNEL. THIS IS DIRECT LINK:
https://drive.google.com/open?id=0B-KrRbRrixe5VUNQVE14LVRMVWc

Lada Ray #VictoryDay 2017 special. 1943 US film with exceedingly rare for the West truthful and positive portrayal of Russia. This film is now posted on Lada Ray Channel.

This film was made in 1943 on direct orders of Roosevelt, who was trying to convince USA elites to enter WWII in Europe against Fascist Germany and its allies, in response to repeated pleas by Stalin during 1941-43 era, when the help of allies was truly needed. US finally entered WWII in 1944, after Red Army liberated all or most of its territory, when the next objective became taking over Berlin and squashing fascism in its bunker, and when it became clear that the USSR could win the war all by itself.

by liking this film and sharing. 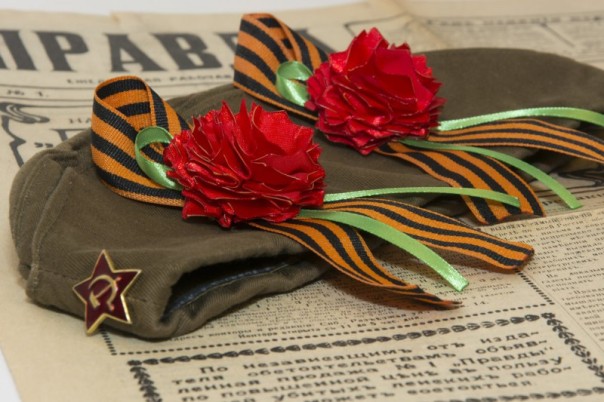 Stay tuned for more Victory Day goodies on May 9 2017