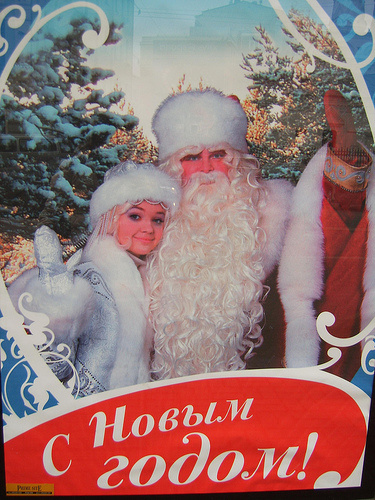 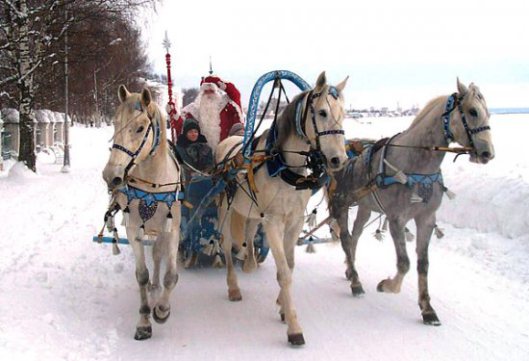 From our family at FuturisTrendcast and Earth Shift Report – to yours:

Wishing you a joyful Holiday Season and peaceful New Year 2016!

2015 has been a mixed year. Keeping our personal inner balance has been often difficult and emotionally draining while being in the midst of the all-encompassing Earth Shift in all spheres of human life. Many conflicting and violent forces have interfered with the steady and measured pace of life, to which many of us had been accustomed previously. The world that we had known as children is changing fast and there is no turning back. Humanity is being asked to make hard, but necessary, choices.

The whole truth is much deeper and broader. There are many other forces and interests on all levels of human existence and consciousness that come into play. The entire concert of the unity and struggle of the opposites – the cooperative and adversarial forces – create a symphony of life, death and constant change around us. At this time, the world change is accelerating and the activation of the new, never before seen forces and counter-forces makes the whole picture more confusing and convoluted than ever.

I know, I never before spoke so frankly and publicly of these complex matters. In this period of a massive tectonic shift, it is important to speak the crucial messages of truth and light. I know I am overdue on publishing my entire Earth Shift – Global Balancer theory! It’s time to finally post it in its entirety on FuturisTrendcast! I promise that much more clarity will emerge as a result. One of my biggest 2016 goals is to find the time in my busy schedule to share it with all!

We, as humans, must gain clarity on what is happening arround us and why. Where are we all going? Should we revel in our misery that the world may be coming to an end, or is there hope? Is there a silver lining in everything that’s going on?

Yes, there is a silver lining – more than one, actually. One of them is the fact that simple people do have the power to affect change. The first step towards this is understanding the real truth – our world has been festering in falsehoods for too long. Step two: gain true clarity about what’s really happening around you. Step three: understand why this is happening and where all this is going.

Here, on FuturisTrendcast, in Lada Ray’s Private Consultations and in Earth Shift Reports our mission is to provide such crystal clarity, reveal the truth, and serve as the catalyst for positive change. EARTH SHIFT is all about change. Many of us, those who chose to incarnate during this time of the monumental shift on our planet, have been chosen to assist with this change.

Russia, the Great Balancer, is working hard to re-balance the grossly imbalanced world in which we now live. The global imbalance led to the near absolute dominance of one single Western economic and political model, which in turn stifled human development and led to extreme corruption. This system is so corrupt and outmoded that there is a rebellion even among those who benefit from it. To reveal the hidden truths and to point the way to a better future has been our mission since the beginning of this blog in late 2013.

We, at FuturisTrendcast and Earth Shift Report will continue this mission, expanding our work in 2016 and beyond. We plan new, even more all-encompassing and explosive Earth Shift Reports (ESRs). The report topics will range from the upcoming Black Sea Gambit and Crimean Agenda to our big feature: THE PUTIN ENIGMA. Other ESR topics planned for 2016 will revolve around the three great powers of our era: China, Russia and USA. What is China’s Great Plan? What is Russia’s Destiny? What is USA’s Future? These ESRs will be coming out throughout 2016. ESR main page link.

We are planning lots of new interesting and unique articles on FuturisTrendcast, discussing topics ranging from geopolitics and economics to Earth Shift, forbidden history and metaphysical/quantum change.

Next year we are also planning exciting new online workshops. Workshop announcements will begin appearing in March 2016! All workshops will be announced on LadaRay.info.

Throughout the last week of the departing Year 2015, we plan the year wrap-up, complete with Earth Shift Report bestseller list. In the spirit of the Holiday giving, we’ll publish here on FT some select free excerpts from Lada’s Earth Shift Reports so that a wider audience could benefit from this information.

One of FT’s perennial topics, Ukraine, is again hitting up. The topic of concern is energy-dependency and everything to do with Russia, Crimea and EU during the cold winter ahead. Is Ukraine holding everyone hostage due to energy terrorism and bankruptcy? Another topic is Ukraine’s default, which will officially take place on December 31. What will Russia do about $3bln Ukraine owes and how will IMF handle this situation. How dangerous is Ukraine’s default to the global financial system? We’ll try to publish some new important info on FT soon. More in-depth revelations will arrive in the form of the new Earth Shift Reports: Crimean Agenda and Black Sea Gambit.

Note that Earth Shift Reports (ESRs) are supported exclusively by reader donations and they wouldn’t be possible without your generous support! They also serve as an additional way to support Lada Ray’s free educational work on FuturisTrendcast.

We don’t do donation drives, as is done by most alternative media. What we do is offer you several convenient choices – the rest is up to you!

If you would like to support FuturisTrendcast’s free content, ensuring it keeps coming your way, you may choose to donate one time (any amount), or monthly recurring $5.50. To donate go here.

Earth Shift Reports are a great stand-alone value in their own right. Most information found in Lada Ray’s ESRs is hard or impossible to find anywhere else. Since their introduction in 2014, ESRs have already become a staple, having acquired a growing cult following. This following is continuing to expand, with readers eagerly awaiting each new instalment.

In addition, donating for Earth Shift Reports is another great and convenient way to support FuturisTrendcast free content. Most readers have donated quite generously per report (as one time donation).

However, ESR payment page also offers an option of donating monthly any amount. Note, this recurring payment option is separate and offered by Paypal as a convenient alternative to the aforementioned $5.50 monthly donation option. You may opt to choose the recurring donation when paying for ony of the Earth Shift Reports. This option will cover that specific Earth Shift Report, plus will allow you to contribute monthly to the support of the free FT content as well. Note: with this option, any new Earth Shift Reports will require a separate donation of any amount. This recurring donation option is for those who want to contribute an amount other than standard $5.50 we offer here. We have several readers who choose to contribute through this option – some contributing $50.00 and more, monthly.

Dear readers and fans, we greatly appreciate ALL your support and generosity!

We thank all of our readers for their wonderful ongoing support, either through Earth Shift Reports or the donations page. Special thanks to all those who have been contributing monthly through various recurring donations.

Your loyalty means a lot to us!

Another rewarding way to support us: by buying Lada Ray books – here is the list on Amazon!

Incidentally, The Earth Shifter, since its release in the end of 2012 has been consistently on Amazon top-rated list. For those who don’t know, we offer free extensive excerpts from all 5 of Lada’s books.

A few days ago we had a sudden spike in readership of The Earth Shifter excerpt. This excerpt is always popular and often makes Today’s Top 10 list on FT. But this spike was unusual, at one point pushing it to the top of the Top 10 list. Thousands of people read it in the course of a couple of days. The beginning of the book has to do with Tunguska Meteorite and the curious event at the 1908 Vatican, followed by the gathering of the mysterious Earth Keepers, deciding whether to allow this human civilization to continue.

Just wondering whether the spike in readership is connected with the Pope’s unusual and dire pre-Christmas warning that this Christmas could be the last one for mankind, if humans don’t wake up?

The Earth Shifter is just such a prophetic warning for mankind. Except, Lada Ray’s book was written between 2007 and 2012. And unlike Pope’s warning, it ends on a cautiously optimistic note.

Last but not least!

Throughout 2015 we have offered Lada Ray Global Online Consultations. Presently full written consultations are closed to celebrate both Russian and Chinese New Year. We expect Lada’s Classic Feng Shui Consultations and best-selling Earth & Personal Shift Consultations to reopen next February-March. Next year we plan Skype consults, in addition to online workshops. Read full Holiday Announcement and all about Consultations.

But here is the best news! This Holiday Season Lada offers a special: 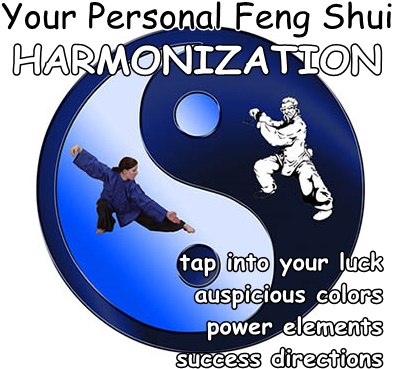 Your comprehensive Personal Feng Shui Harmonization Report will arrive to you via email.
It will provide guidance on how you can best tap into your personal Earthly luck, enhance your existence by using your auspicious colors, harmonize your feng shui power elements and capitalize on your success directions.
​In addition, this easy to understand report is full of valuable and important Feng Shui info distilled for you by Lada in a convenient and compact format. It includes your very own mini-course in the main schools of the Classic Compass Feng Shui, combined with Lada Ray’s enlightened and forward-looking approach.

UNIQUE & REWARDING NEW YEAR 2016 GIFT FOR YOU & YOUR LOVED ONES! To receive your personal report in time for New Year’s (arrival by Dec 30, 2015) – order by Dec. 25!
TREAT YOURSELF TO A VALUABLE AND AUSPICIOUS CHINESE NEW YEAR GIFT! Chinese New Year of the Monkey begins on February 8, 2016. The traditional celebrations will last for 15 days: February 8 – 23. To receive your personal report by Chinese New Year’s Eve, February 7, order by January 31, 2016!
ORDER ANY TIME! Or you can order any time throughout this Holiday Season (up to February 28, 2016) to usher in the New Year of the Monkey in style, to properly prepare for the Year 2016 ahead and for the rest of your life! 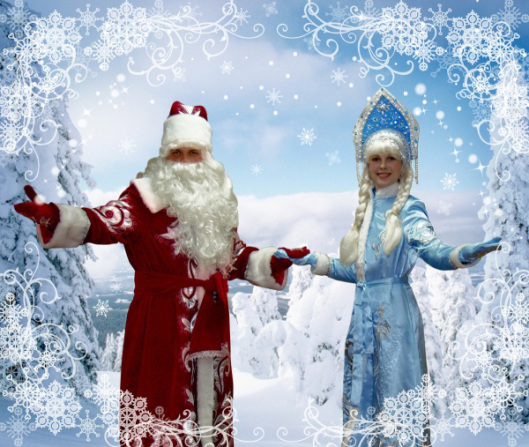 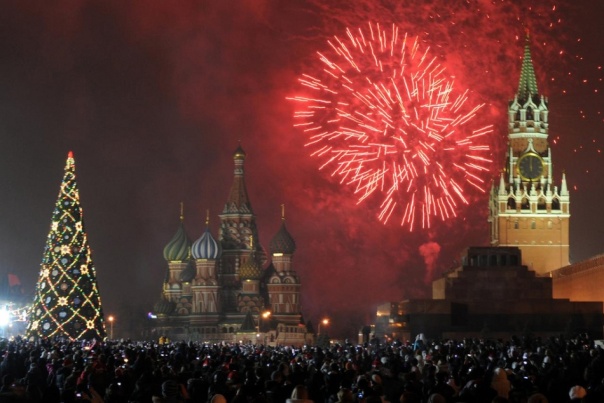 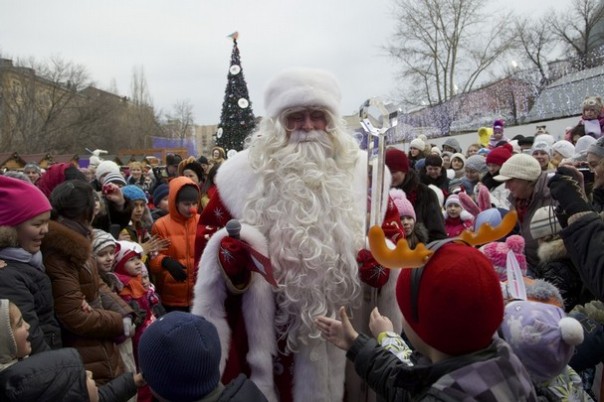 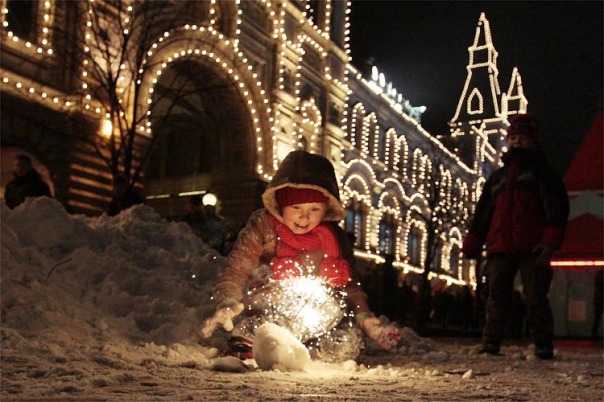 For more on Russian New Year’s, pics and videos of international celebrations

P.S. In response to a comment and to clarify some important things, please read new article:

Why Russians celebrate New Year’s, and not Christmas, with the New Year’s Tree? The Origin of ‘Calendar’ and Christmas/New Year’s FORBIDDEN HISTORY!