Surprise!! Your fame is spreading far and wide!!

A comprehensive guide to the web’s many MH17 conspiracy theories

4. Ukraine shot the plane down to kill Vladimir Putin.
This rumor actually originated with Russia’s state-run Interfax news agency before seeping into the U.S. Per Interfax, Putin’s presidential jet flew the same route as MH17 at almost the same time, and his aircraft was the same size and coloring as the downed plane — leading some to speculate that the crash was an assassination attempt gone very wrong. (“This was a deliberate attempt to shoot down the Russian presidential plane carrying Vladimir Putin one his way from the Latin American visit,” wrote blogger Lada Rey, in all-caps.) But as Russia’s RT, another state-run news outlet, debunked shortly thereafter, Putin’s plane has not flown over Ukraine since the start of conflict there, and he certainly wasn’t flying that flight path Thursday. At the time, Putin was returning to Moscow from Brazil.

THANKS FOR ALL YOUR WORK!! I truly value each of your articles.
Enjoy the Fame!!
Endless Blessings!”
……

She later added this:

“Lada….I just viewed it as simply throwing disinformation to discredit a **genuine Journalist**, one of the few we still have!!!
Just think Lada, you are now in the Mainstream Media.
Take Good Care, Hugs!!”
….

I want to thank this reader one more time for a nice mention and for thinking of me so highly! It means a lot. I am not using her name in this post as I am not sure whether she would like that.

Many of you may know how I feel about the American MSM. Certainly, I wouldn’t say ‘no’ should someone in the mainstream press or TV ask me to genuinely, truly speak my mind, and not in the derogatory way as is portrayed in this ‘MSM article.’ The more people hear my true message, the better! Of course, they would also have to spell my name correctly, for start. But I think at least one of these would be a real miracle to hope for.

Many of you also know that my opinion and prediction is that the global alternative and citizen media is what really counts today, and will count even more tomorrow. Consider this: to get my name mentioned in that Washington Post piece, someone had to do a google search, where I must have come on top.

To illustrate this, I want to give you a bit of statistics from my blog.

On July 18, after I published my article: Blatant #FalseFlag: #Ukraine Missile Targeted #Putin’s Plane – Hit Malaysia #MH17 Instead! and when the Washington Post piece came out I had the following stats:

A bunch of other smaller ones, and near the bottom…

The following day, after I published Post Scriptum: Strange Coincidences? Moscow Metro Tragedy and Malaysian Airliner MH17 Downing, visits and search engine stats are similar, but some top referrers stats go somewhat down, while clicks from washingtonpost.com jump to 163 (delayed reaction I guess).

I think this illustrates very well the power of alternative and citizen media in the dissemination of the information. 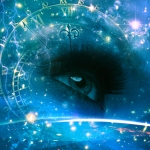 In conclusion, some important announcements!

1. My interview with The Plane Truth show, which delves into various hidden aspects and powers of the world, will come out in a day or so. Links and video will be posted here, as well as in Interviews. Also check Time Monk Radio YT channel and Lada Ray YouTube channel for more. This interview touches upon my global predictions, and my books, especially THE EARTH SHIFTER, and GOLD TRAIN. We talk about what is the true Feng Shui; the shamanic power animal and soul retrieval practices; Siberian shaman Tengis as the most formidable and fascinating character of The Earth Shifter. We talk about the real Earth Keepers and ETs, as well as what is demons, and other hidden energies. We touch upon the Ray System of Long Cycles, and my predictions based on this system. Don’t miss this fascinating interview!

2. I have received several new awesome reviews for several of my books, including The Earth Shifter, Gold Train and Catharsis (Legend of the Lemurians). Thank you, dear readers! I really appreciate it.

Those interested in understanding my message deeper, as well as enjoying a great read, can purchase my books at Amazon and BN worldwide as very affordable ebooks, and paperbacks. Click on book images on the side bar, or go to Books.

3. Dear readers, the article I promised you all: Is Putin a Part of NWO? will be posted a few days later! In the article I will also talk about what is behind the recent scandal of the Belgian US treasury purchase.

I am planning a Special Report that will go much deeper into the phenomenon wrapped in an enigma that we know as “Vladimir Putin.”

I know there is tremendous interest in solving the Putin riddle worldwide, and believe me – it’s for a very good reason. Let’s just say, I solved this riddle. I will talk about it first in the upcoming article: “Is Putin a Part of NWO?”

However, my Special Report will go substantially deeper and will uncover mysteries of a completely different nature.

I will go into history and language mysteries; into striking and profound geopolitical parallels and coincidences; the karmic and mystical depths that few will ever see, or consider. The report will also touch upon prophecies, the issue of the planetary energy, and the destiny and global role of Russia.

This report will be available in three weeks or so, via my new website only. Since I spend a lot of my time and energy (literally and figuratively speaking) sharing my knowledge and information with all for free, this can be your opportunity to contribute and support my work. Therefore, I decided to make this Special Report donation-based.

We are working to make it available for purchase/donation worldwide. In my upcoming interview with The Plane Truth, I give a teaser and a sneak peek into the report that is quite fascinating in itself. As mentioned above, the interview will be available in a day or so.