How the military can be a force for good, not evil!

Following the Kiev Maidan and anti-government coup in Ukraine, in March 2014 the popular referendums in Crimea and Sevastopol voted overwhelmingly to secede from Ukraine and re-join Russia.

Within days a massive number of photos and videos appeared on the Internet. They depicted Crimean residents and children enthusiastically hugging and smiling at people with guns and in balaclavas.

Dubbed ‘the polite men’, Russian servicemen became a highly desirable addition to wedding and kids’ photos. The fashion to take selfies with the Polite Men spread through Crimea like fire. 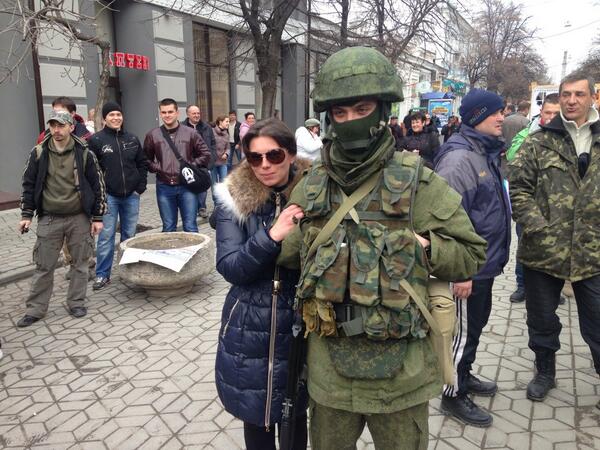 Quite a few images depicted the Polite Men with happy children and cats.

Indeed the number of such unrehearsed, spontaneous images, including cats, was so great that grateful residents made a statue commemorating them. The statue depicts Polite Man with a gun and a young girl handing him flowers; at their feet is a cat. This statue stands in Simferopol, the capital of Crimea: 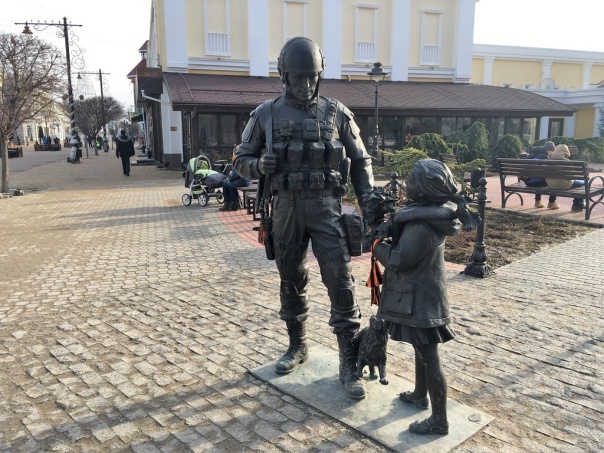 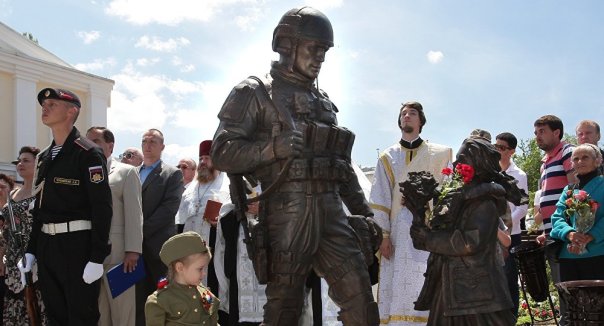 The remarkable presence of the Polite Men in unmarked uniforms, or the ‘little green men,’ as they were also called, made a miracle possible. While a short distance away, Ukraine burned and violence spread throughout, not a single shot was fired and not a single casualty took place in Crimea. The Polite Men were just there: unobtrusively, quietly. They didn’t interfere, but they watched over the peninsula, while people voted and later, while Crimea transitioned peacefully to Russia.

Also, a large collection of these photos in this video, made in March 2014: ‘Finally Russians Came to Crimea’

Through Earth Shift Podcasts we want to spread the truth, awareness and honest analysis, not to mention Lada Ray’s unique and valuable predictions, which have the habit of materializing regularly!

Az and Lada appreciate your SUPPORT, LIKING AND SHARING! THANK YOU!

You can purchase both ebook and paperback here:

You can buy the book on Amazon.com, or visit country specific Amazon book pages!

Wishing you a Wonderful, Happy and Healthy New Year! May all your sacred wishes come true!

Lada and Az are wishing you a wonderful, happy and healthy New Year!

May all your sacred wishes come true!

For Russians the biggest annual holiday is the New Year. I have done big posts for previous New Years, where I gave recommendations for various New Year’s films, posted holiday music, beautiful images and videos, as well as gave the history and lore of the Winter Holidays. In the end of this post you’ll see the links to my past articles. This time, on the light holiday note I want to share with you some of Russian New Year / Christmas pics and traditions.

So you know, in Russia that well-known magical guy who gives out presents is called ‘Ded Moroz’ (Grandfather Frost). He is the equivalent of the Western Santa, but per Russians, he definitely, no question about it, resides in the ancient town of Veliky Ustyug, in northern Russia.

Here’s Putin, together with Ded Moroz at his official residence in Veliky Ustyug ~

Ded Moroz doesn’t come for Christmas, as in the West. He comes for New Year’s, which is (if I may say so myself) the right way of doing things. 😉

Why? You probably know by now that in fact the figure of Ded Moroz / Santa Claus / San Nickolas is a pagan spirit, or god, of winter. At one point it was absorbed by Western Christianity so that to entice more people to convert. Russian Orthodox Christians, shall we say, were a bit more honest about it.

Regardless of what he’s called and when he comes, we all love and welcome him, along with his companion, who in Russia is his beautiful granddaughter, Snegurochka (snow maiden). Snegurochka is certainly also an original Vedic nature goddess character. 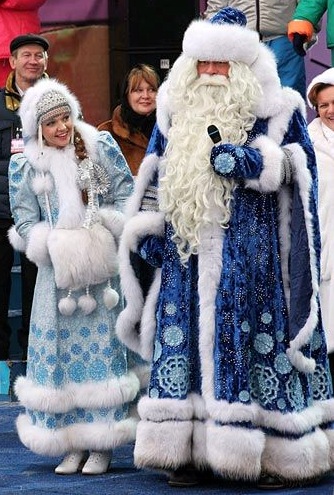 As seen on top pic, Russian Ded Moroz brings his gifts normally in a sleigh pulled by three horses, not by reindeer.

This is the northern Russian version of Ded Moroz, straight out of ancient legends — the true Vedic God of Winter. Look at his outfit (remember my Forbidden History articles on FuturisTrendcast?) END_OF_DOCUMENT_TOKEN_TO_BE_REPLACED