Coming your way are some major articles & cool new videos!

“There were hundreds of deals signed between Russia and all countries-participants. The forum has been a major, major success, and it’s getting more popular by the year, while Western based forums are getting less and less popular, with more squabbles and much less energy than ever before. Just recall the recent NATO and G7 disasters. This year’s Davos International Forum was the least interesting and most listless of all.

It’s already clear to the naked eye that the West is struggling and its political-economic model is dying. Even Macron admitted it openly at the recent G7.

“When US Congress started all those investigations into ‘Russian interference in US elections’ they opened a giant can of worms – but they weren’t smart enough to understand the implications. They still think they are above the law: others must toe the line they want, while they can do anything they like.

What is happening now is a reckoning.”

IN THE FOLLOWING WEEKS!

The Mandela Effect: How Timeline Change Works, Based on Russia & Ukraine Examples (with Predictions)!

And of course as promised! The CLAIRCOGNIZANCE – DIRECT KNOWING piece, which will be released later this month! This is part of our MULTIDIMENSIONAL series.

Our brand new, super exciting Multidimensional Healing and Activation (MDU/MHAP) episodes! We are now talking about the mysteries and importance of the Upper Chakras!

TO GET ACCESS TO ALL THESE NEW REVOLUTIONARY PIECES

I am recording several new, very cool readings and pieces for my two new channels! Some will be very new ideas and I’m sure you’ll love them! More soon!

Stay tuned and subscribe to my new FREE YT channels:

And much more is coming… Please stay tuned! 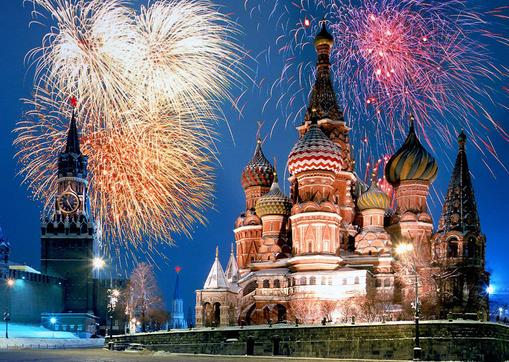 10th Spasskaya Tower Military Tattoo 2017 (Spasskaya Bashnya Festival’ Voennoi Musiki) opened on Moscow’s Red Square on August 26 and it’ll run till September 3. Participants are 30 military and ethnic musician bands, dance and performing groups from 14 countries and EU. Most of the performers are military, but not just. The visionary founder of the festival was the legendary Russian military conductor and composer Gen. Khalilov, who was the artistic director of the Aleksandrov Red Army Choir and who perished together with many of his choir in December 2016, when the plane was sabotaged over Black Sea, en route to Syria.

Participants in this year’s event include military musicians and performers from India, Egypt, Italy, Austria, Belarus, Kazakhstan, Armenia, Turkey, Russia, and more. The group from Egypt is especially striking in their pharaoh-like outfits. Instead of the military, this time China sent the dancing Taoist monks — another amazing performance. The perma-fixture of the Spasskaya Tower Tattoo are Celtic dancers and pipers, who are international groups comprised of recognized in their field musicians. Some of the performances are truly unique and stunning — check out preview below!

Performances are held every day on Red Square, with the magical backdrop of St. Basils Cathedral and Kremlin’s main Spasskaya Tower. Incidentally, ‘Spasskaya Tower’ means ‘the savior-ess tower,’ and as you see, unlike in English, ‘tower’ (‘bashnya’) is feminine in Russian.

For the occasion, Red Square has been turned into a gigantic outdoor theater. But there are also free daily performances at Moscow train stations and parks. Included are also equestrian shows and competitions, including special competitions for children. Festival website has a schedule: http://kremlin-military-tattoo.ru/en/

Why is the Spasskaya Tower Military Tattoo significant? For one, these military musicians showcase their respective countries’ cultural best in a peaceful and productive competition. They also have a number of joint performances, where musicians from different countries play both Russian and international music, together. It requires a great talent and professionalism, not to mention willingness and cooperation, to be able to perform everything from classics to Western pop and Russian music with an orchestra consisting of Celtic pipes, drums and ethnic instruments.

In the previous post we have just seen Bull Fadjen resqued from bullfighting: #5D in action = #Love #Humanity #Compassion.

However improbable it sounds, this is yet another example of how 5D — 5th Dimension — can work. It is very fitting that Russia The Great Balancer shows the world through military music how to make love, not war.

The military of any country should exist strictly for protection, and to help those in need. To save and protect… not to attack. And apparently, also for some high class and uplifting entertainment.

This is the virtuoso music of reasonable and GOOD geopolitics.

Watch this preview, including the highlights of performances from different countries:

As always, for full Quantum and Geo Calibrations Scale, full interpretations and examples of all calibrations go to the following resources:

Will Russian Paralympians be banned from #Rio2016? Plot to Remove Russia from #Olympics 2

IPC (International Paralympic Committee) considers whether they should ban Russian Paralympic team from #Rio2016 Paralympic Summer Games. In other words, they waited for the very last moment to deliver this new blow.

This video by RT (Russian) says the investigation against Russian Paralympic team began ONLY after July 28, 2016 ‘independent’ WADA commission’s recommendation to ban the Russian Olympic team from Rio. The Olympics are to begin on August 5, 2016 and many athletes are already there. The whole thing has been timed so that there is no time for handicapped athletes to appeal or demand justice.

If ban against handicapped and disadvantaged athletes comes to pass, Russia threatens to sue in the International Human Rights Court.

Exactly as originally predicted in

250 Russian star athletes from the Olympic team (sports other than track-and-field) that still made it to Rio are now being sabotaged, while attempting to concentrate on their last preparations for the upcoming competition.

There is an ongoing plot to make #RioOlympics participation for clean Russian athletes as difficult as possible by crushing their spirit through relentless psychological pressure, suspicion and treating them like guinea pigs through incessant new doping tests.

Breaking news 8/1/16: #IOC flip-flops last moment on its earlier decision that each individual sport should determine whether Russian athletes are allowed to compete. IOC suddenly rules that each Russian athlete in Rio will have to be considered for participation by a panel of three judges: that’s 250+ athletes and 4 days before the start of competition.

Blatant discrimination and double standards: Russian athletes tested nearly 5400 times more than Americans (especially striking gap due to the fact that US team is more numerous than Russian)

The new info coming in: Russian athletes in Rio have been tested and retested so relentlessly that they don’t have time to train or sleep. This is part of the sabotage I’ve predicted in my original report!

And we are talking perfectly clean Russian athletes, who never failed a test in their life, or whose sport – such as gymnastics (artistic and rhythmic), synchronized swimming, diving, horse riding, etc. – doesn’t benefit from doping. Let’s also emphasize that Russians are favorites in most of these sports that don’t benefit from doping, having won ALL or the majority of gold medals in rhythmic gymnastics and synchronized swimming.

Meanwhile, the well-known REPEAT and previously BUSTED cheats from US, UK and other countries are allowed to compete in Rio without being questioned or retested. Their respective teams are also freely enjoying Rio. Remember #MichaelPhelps and his doped-up to the brim 12 Olympic gold medals (or was it 11?)? No one ever questioned those medals; no one ever banned US team – despite Phelps proven drug use.

In other words, sadly for honest and clean athletes worldwide, the entire Olympics ‘movement’ has been turned into a complete joke.

Sorry to once more tout my horn, but I predicted all this would happen!

My advice to Russia remains: ditch the Olympics as soon as feasible and start alternative EURASIAN GAMES or FRIENDSHIP GAMES! Hopefully, after what’s happened, both Russian athletes and officials will wake up to the unpleasant reality of things and stop focusing on the wrong goals!

Read my full assessment, predictions and recommendations in:

End of Olympics? Plot to Remove Russia from #RioOlympics

P.S. It’s not all bad. Stay tuned for tomorrow’s hilarious story about karma and US Olympic team uniform!

Why did Turkish military coup fail?
False flag or a real coup gone wrong?
Why did Putin warn Erdogan?
Escalating war of Turkey vs. US/Germany/NATO
Will US extradite Fethullah Gülen to keep its bases in Turkey?
Will Turkey welcome Russian jets on NATO bases?
Erdogan’s purges: what’s really going on?
Complete turnaround? Why Erdogan is coming to Russia to meet Putin

For all reports go to EARTH SHIFT REPORT